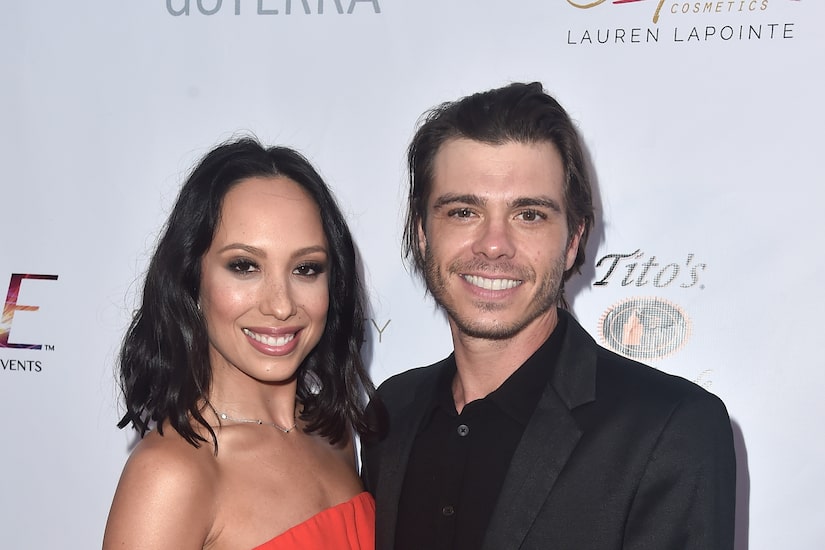 “Dancing with the Stars” pro Cheryl Burke is moving on after filing for divorce from Matthew Lawrence.

“Extra’s” Jenn Lahmers spoke with Cheryl, who just launched a new podcast, “Burke in the Game.”

Getting candid about how she is doing after the split, Cheryl said, “As far as me and how this is going, it’s really, I’m not proud of it, it’s a sh*t show… My emotions are constantly up and down, I’m sad every morning I wake up, I am sad every time I go to bed at night. It’s really nothing to hide here as far as like divorce sucks. I don’t recommend it, but at the end of the day, you know, it’s not like we didn’t try and I know we gave it a good shot.”

Of her new podcast, Burke commented, “I’m trying to get back in the game, my friend and, and I need a few people to help me out here because it’s been a while… But you know, it’s not just that, it’s really about my journey, right?”

She went on, “I’ve been very open with my feelings about, you know, the recent divorce, but also just about how I love to evolve and stay curious and learn and all of that, but I need to be able to stop controlling the situation because I’m a definite control freak and I micromanage everything…  It clearly hasn’t gotten me to where I want to go in life as far.”

She added, “I am on this journey of basically surrendering my fate to our listeners and it’ll be very interactive, so they will choose what I need to do to get to where I can date and to hopefully eventually, like eventually, like, the word dating makes me want to throw up a little bit right now, so I’m clearly not ready for that, but eventually, hopefully find love.”

She admitted she was scared to date again, saying, “I haven’t been in the dating scene and since before, maybe dating apps were invented.”

When asked if she was willing to join a dating app, Cheryl answered, “Definitely not… not as of now unless… my listeners are like, ‘You have to do that,’ like, this is part of the process, but I just find it so disgusting. People can just swipe… it’s all about the way you look, right?… But can you dive deep — that’s what I want to know.”

She pointed out, “I am an open book, but I’m always, like, if you think about it, when I’m on social media and I’m like talking and stuff, you know, I’m still in control of what is coming out of my mouth… But like with this experiment, we would like to call this experiment ‘Burke in the Game.’ I have to actually surrender.

“I’m all about that because I think that there is a blessing with the platform that I have, but also with how open I am about my experiences and I’m not a certified therapist, I have no, sometimes, I don’t have a solution,” Burke continued, “sometimes I’m just talking because of what I’ve gone through and I hope it [helps] that somebody feels like they’re not alone.”

Cheryl also weighed in on the big news that “Dancing with the Stars” is going to be on Disney+. She said, “I think it’s a great thing… I mean, it’s the first time I think we’re going to have competition reality show live on streaming. What better way than to just use us as guinea pigs?… I think the West Coast, they will no longer have that ‘Well, we can’t vote and it’s a popularity contest’… At least they’ll be able to vote.”

Her first episode of “Burke in the Game” is featuring her therapist. She teased, “You have to tune in.” Check it out anywhere you find podcasts.