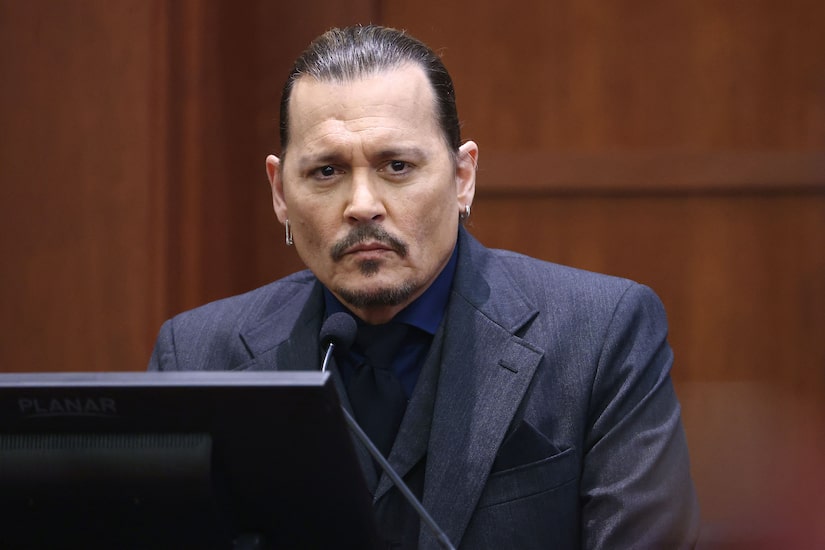 It was another rock ‘em, sock ‘em day in court for Johnny Depp and Amber Heard.

Johnny took the stand on Thursday in his $50-million defamation trial against his ex-wife, as his own words were weaponized against him in a contentious cross-examination by Heard’s lawyers.

Those words included his disturbing text messages with actor Paul Bettany in which the pair messaged about killing Amber.

After Johnny confirmed that he and Paul were good friends who had done drugs together “at times,” he went on to verify to Amber’s attorney Ben Rottenborn that he had sent shocking texts to Paul in 2013.

Depp joked at the time, "Let's drown her before we burn her!!! I will f--k her burnt corpse afterwards to make sure she is dead."

Bettany replied, "My thoughts entirely! Lets be CERTAIN before we pronounce her a witch."

The lawyer then asked Johnny, “You wrote that about the woman who would later become your wife?” 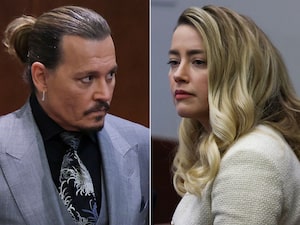 Depp addressed his text messages earlier this week while on the stand. At the time, he admitted feeling “ashamed” and “embarrassed” by the content. He elaborated, “The heat of the pain that I was feeling went to a dark place… Sometimes pain has to be dealt with [with] humor. Sometimes very dark humor.”

Johnny’s substance abuse also came up in court on Thursday, as the defense painted a very different picture of his relationship with drugs and alcohol.

Watch the video below as Court TV legal correspondent Chanley Painter shares how some of the jury members reacted to the talk of drug use, plus: listen to audio of an apparently under-the-influence Depp on a plane.

Previously, Depp told the court, “The characterization of my substance abuse that has been delivered by Miss Heard is grossly embellished and, I’m sorry to say, a lot of it is plainly false… I am not some maniac who needs to be high or loaded all the time… There has been no abuse on film sets. There’s been no moment where I would be considered out of control.”

On Thursday, Rottenborn brought up a flight Johnny and Amber took from Boston to L.A. in 2014. Amber had claimed Johnny was intoxicated, while he said he had just one glass of champagne and had spent the flight in the bathroom.

Rottenborn, however, brought up a text from Johnny to Bettany a week after the trip.

The message said, “I'm gonna properly stop the booze thing darling. Drank all night before I picked Amber up to fly to L.A. Ugly mate. No food for days. Powders, half a bottle whiskey, thousand red bulls, pills, two bottles of champagne.”

He went on to say he was “in a blackout” and “screaming,” adding, “I'm admittedly too f**ked in the head to spray my rage at the one I love for little reason as well, I'm too old to be that guy but pills are fine.”

When Rottenborn asked, “Did I read that right?,” Johnny answered, “You did.” 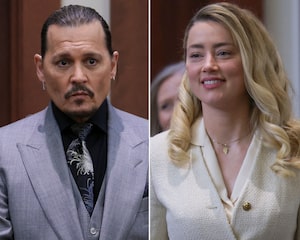 There was also the disturbing audio of an apparently under-the-influence Depp on a plane mentioned above. Rottenborn asked, “That’s your voice making those moaning sounds, sounds like an animal in pain — right, Mr. Depp?” Depp confirmed it was him.

The defense continued to press Depp about his substance abuse and presented a photo taken by Amber of Johnny with melted ice cream in his lap. When Rottenborn asked if it was a photo of Johnny “passed out,” Depp hit back, “Passed out is an interesting way of putting it. Maybe asleep?”

There was also a photo of bags of marijuana from Johnny’s recording studio and a 2013 photo said to be of a box used to hold cocaine.

He was also asked about his relationship with Marilyn Manson. The 58-year-old Depp confirmed, "We've had cocaine together maybe a couple of times," joking, "I once gave Marilyn Manson a pill so that he would stop talking so much."

In other text messages, Johnny acknowledged being a “monster” in the past.

For instance, in an April 2015 text to former security guard Jerry Judge, Johnny wrote about his relationship with Heard, “We have been perfect. All I had to do was send the monster away and lock him up. We've been HAPPIER THAN EVER.”

Soon after he told his personal doctor in a message, “I have locked my monster child away in a cage deep within and it has f**king worked. We're goddamn best friends now.”

At one point, Rottenborn also asked Depp if he agreed that “abuse can take many forms… it can be physical, it can be verbal, it can be emotional, right?” 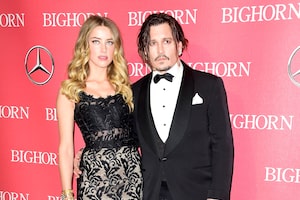 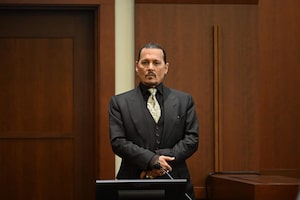