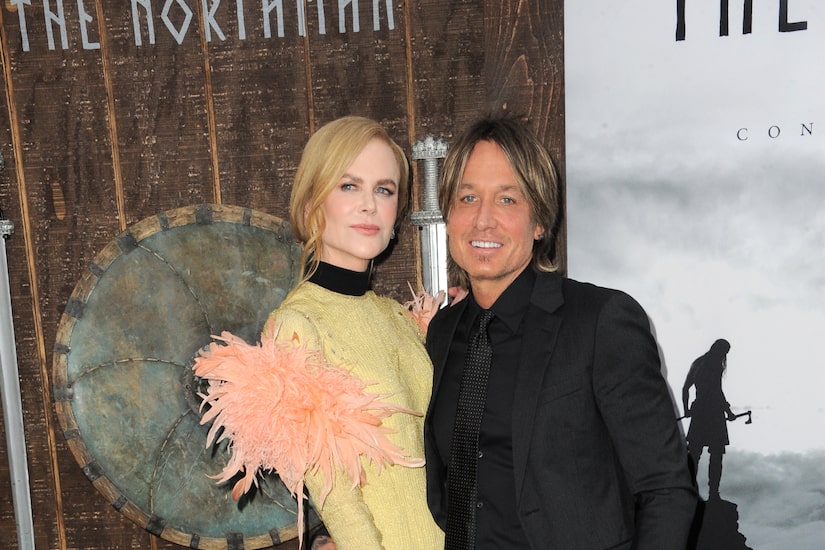 It was date night for Nicole Kidman and Keith Urban at the  L.A. premiere of “The Northman”!

“Extra’s” Rachel Lindsay spoke with Nicole, who was reunited with her “Big Little Lies” co-star Alexander Skarsgård on the film.

She commented, “I love working with Alex. I mean, we’ve got almost like a second language now.”

“It was exciting when Robert [Eggers] asked us to do it together, I was like, ‘Okay, I’m up for a challenge,” Nicole added. “I’m also up for an experience, and I think the character was so defined, and under his direction, it was like, ‘Let’s go for it.’”

For the movie, Kidman transformed into Queen Gudrún. She said, “Robert, the director, he was so detailed. He gave us a world that was authentic.”

Nicole and Alex shot the movie in Ireland during the COVID-19 pandemic, which Nicole described as “challenging.”

Nicole and Keith would love to go back and visit Ireland with their kids at some point, but they have a tight schedule. Referencing Keith’s tour schedule, she said, “We don’t have any plans right now. You’re going on tour and you’re not getting the tour there this time. Hopefully soon.”

“The Northman” is in theaters April 22.