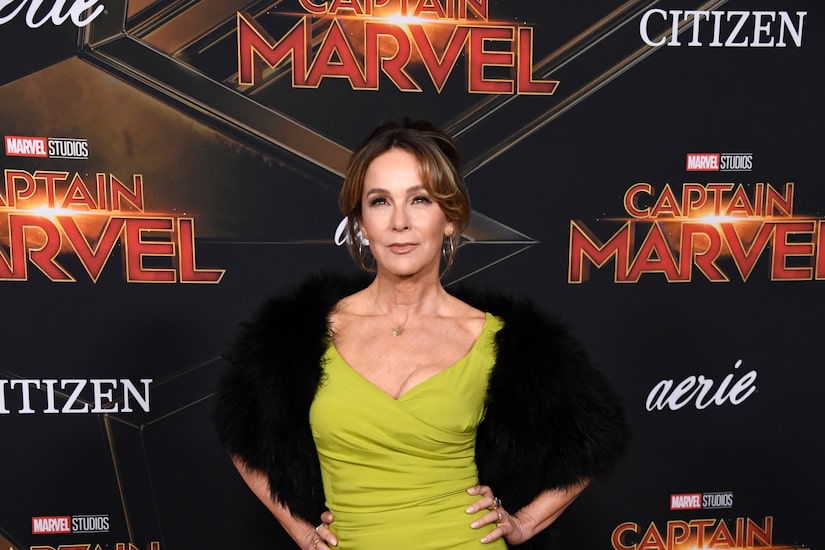 In her new memoir “Out of the Corner,” Grey discusses her second nose job, a surgery that she regrets. Following the surgery, she attended a premiere where she was not even recognized by Michael Douglas.

She told People magazine, “That was the first time I had gone out in public. And it became the thing, the idea of being completely invisible, from one day to the next. In the world's eyes, I was no longer me and the weird thing was that thing that I resisted my whole life, and the thing I was so upset with my mother for always telling me I should do my nose.”

According to Grey, her mom thought the nose job would make her more castable. She revealed, “She loves me, loved me, always has, and she was pragmatic because she was saying, 'Guess what? It's too hard to cast you. Make it easier for them.' And then I did and she was right. It wasn't like, 'You're not pretty.' It's like, 'Guess what? If you don't want to be an actor, okay. But if you wanna be an actor...'”

Jennifer was “completely anti-rhinoplasty” as a kid, adding, “I mean, it was like my religion. I loved that my parents did it [underwent rhinoplasty]. I understand it was the ‘50s. I understand they were assimilating. I understood that you had to change your name and you had to do certain things, and it was just normalized, right? You can't be gay. You can't be Jewish. You know, you can't look Jewish. You're just trying to fit into whatever is the group think."

Grey also opened up about her rebellious years as a teenager. She said, “Yes, there was lots of drugs and drinking. All the time. I had a boyfriend, we were out at clubs at night. I would change at his house and go to school. I was living a double life. I am like just trying to get through the high school years so that I can get on with my life because I am not dating guys my age. I am not interested… I never dated a teenager in my life. I don't think I ever even kissed a teenager."

She would go to school in the daytime and hit Studio 54 at night.

Jenifer recalled feeling “a lot of pressure,” saying, “The good girl who is not allowed to be anything but perfect, so she's got to hide this whole other experience, which is really individuating. It's like natural to being too close to your parents and too good and too… You know? I didn't hate them. I love them. Because they were so fucking cool. But they were also controlling. Just perfectionism. There was a perfectionism and expected perfectionism. The standards were high. Everyone around me was very successful.”

Grey also recalled her off-screen relationship with “Dirty Dancing” co-star Patrick Swayze, saying, “We weren't a natural match. And the fact that we needed to be a natural match created a tension. Because normally when someone's not a natural, you… both people move on, but we were forced to be together. And our being forced to be together created a kind of a synergy, or like a friction. I actually just had a thought about Patrick. I feel like if I could say anything to him now I would say, 'I'm so sorry that I couldn't just appreciate and luxuriate in who you were, instead of me wishing you were more like what I wanted you to be.'"

While she was working on “Dirty Dancing,” Jennifer was dating Matthew Broderick, who she described as “smart, funny, [and] cute.”She revealed, “I learned so many things about myself from my relationship with Matthew. First of all, we were really young. We were in our mid-twenties when we got together. And from where I sit now, that's pretty young... I was really in love with him. And I was with a guy who had just, whose star had just, it was, he was in such a high moment of his career because he had done ‘War Games’ before I met him and he'd won the Tony and ‘Brighton Beach Memoirs’ and he'd done ‘Torch Song Trilogy’… There was just something so Jewish and New York about him that I just felt like… My feeling about him is love."