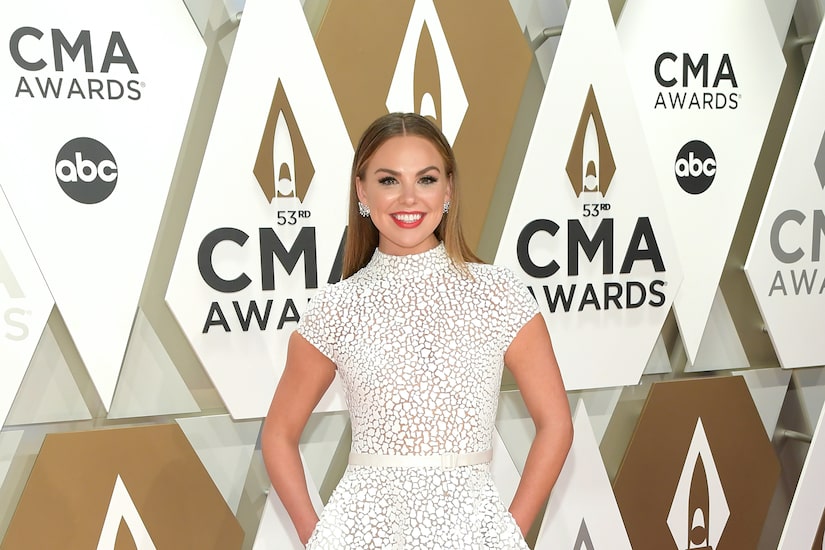 “Extra’s” Jenn Lahmers caught up with Brown,  who opened up about the ups and downs of her journey with Bachelor Nation and the importance of prioritizing mental health.

Brown made headlines for some of the revelations in “God Bless This Mess.” As for what surprised her most about people’s reactions to the book, she said, “Look, I knew that there was gonna be some reactions from those stories.”

“Of course, some people don’t read the book or just take… one little line… Those things definitely made headlines, but when [people] read the book, [they] really got something so much more,” Brown added.

Hannah wanted her book to show people that she is “so much more than what the headlines say.”

Calling her life a “crazy ride,” Brown explained how journaling has helped her mental health, saying, “Learning how to put it on the page, it's helped me understand what my triggers are.”

When Brown was promoting her book “God Bless This Mess” last year, Brown was interviewed by the late Cheslie Kryst.

Kryst’s suicide in January had an impact on Brown. She said, “That affected me, even just having some sort of interaction with Cheslie. Her being this role model to so many people, I think those are the people that we have to check on the most.”

Hannah stressed how important it is to have “a safe space” for those who are struggling, and someone to talk to who validates their feelings, whether they’re positive or negative. She added, “There are so many resources out there, especially now. I feel like we’re seeing a shift in the talk of mental health and realizing it doesn’t make you an outcast, it actually makes you really human.”

Brown emphasized, “I think the more we talk about it, the more people in the public eye talk specifically about the struggles we have, the more it’s going to make people feel less alone and okay to step up and say, ‘Hey, I’m not okay.’”

Since Hannah has been part of the reality TV world, she has faced her fair share of negativity. She admitted, “I crumbled, and I think a lot of people can relate to that in some way. And so having to do that in such a public way and learn through that crumbling, there’s only one way and it was up, was really valuable to me and it helped me a lot writing ‘God Bless This Mess’ because I kinda got to put it all out there.”

Despite her up-and-down relationship with reality TV, Brown isn’t done with it. She explained, “I think if the right opportunity was out there and it met me at the right time, I think reality TV for me was also one of the best things that happened to me.”

She elaborated, “When I was on ‘The Bachelor’… for the first time, somebody asked me how I actually felt, and it wasn’t just the way I looked or appeared with a smile on my face, but [it]really allowed me to share how I truly was feeling. [It] honestly helped me become who I am today in ways that I never expected, but I’m so thankful for it.”

“God Bless this Messy Journal” is out now!