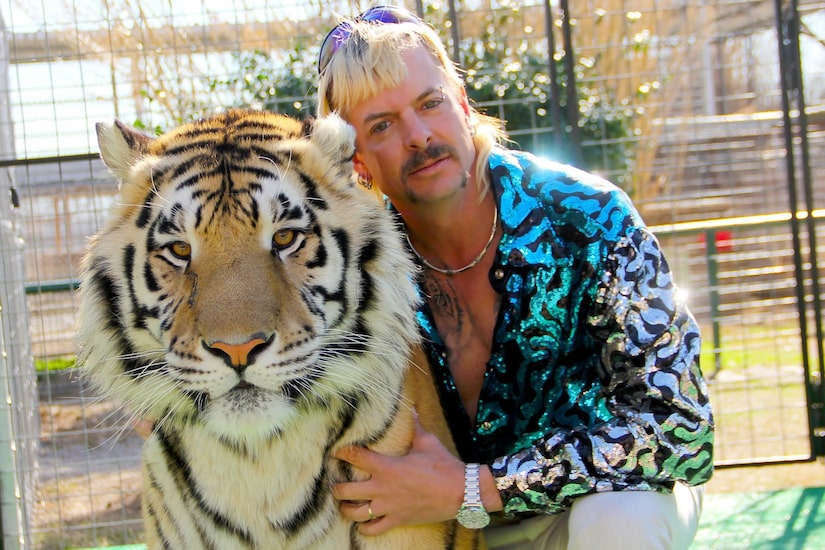 Joe Exotic, 59, is officially pulling the plug on his marriage to Dillon Passage, 22.

According to the docs, Exotic believes their union is irretrievably broken.

In the docs, Joe wants alimony in the form of a lump sum and requesting that his name be restored to Joseph Allen Maldonado.

Joe’s divorce lawyer Autumn Blackledge said that he is hoping they can “move on” and divorce “quickly and amicably.”

The pair had been estranged for a year before his filing.

Last year, Exotic’s attorney Francisco Hernandez told the outlet that Dillon told the “Tiger King” star that he wanted to end their marriage.

At the time, Dillon said breaking up was a tough call for him, but they were still on good terms.

Another source claimed that Joe sent an email expressing his abandonment issues.

A few months ago, Dillon moved on from their relationship, making it Instagram official with his boyfriend John.

He wrote on Instagram, “I’ve planned on keeping my relationship private for personal reasons but lately I’ve been having a hard time dealing with things happening in my life and John has been my rock and helping me get through it all.”

Showing love for his new man, Passage said, “In short, this is an appreciation post for this special special man. Thank you for being you.”

Exotic is currently serving 22 years in prison for hiring a hitman to kill his arch-enemy Carole Baskin, and for animal abuse.