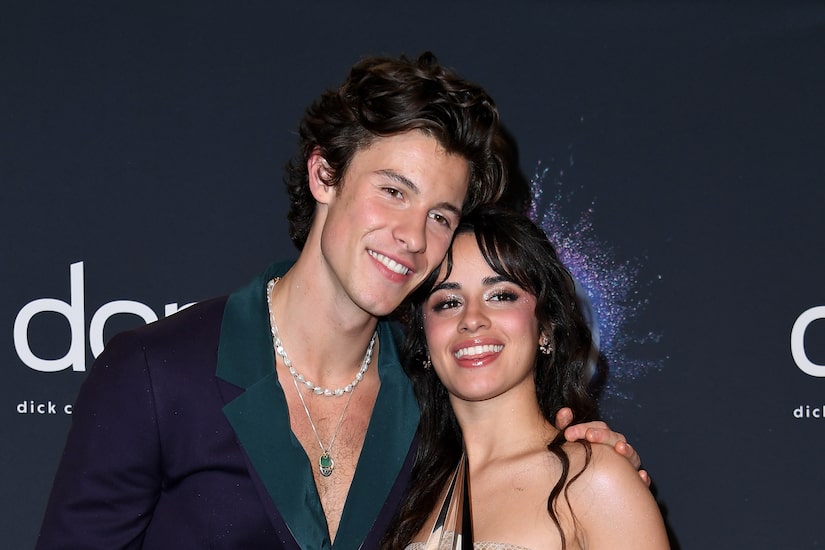 Shawn Mendes’ new song "When You're Gone" is out today with an accompanying music video.

“Extra’s” Katie Krause spoke with Mendes all about the breakup bop, as well as Camila Cabello and their split.

Of his new single, Mendes revealed, “I wrote this song about a month after Camila and I broke up… A month later, you kind of start having all the memories of things that happened, and all the memories of so many amazing things….And I was writing about that.”

Along with “processing” the split, Shawn felt the need to be “open and candid” about what he was experiencing. He added, “I'm really glad I did. Because I think that's the only way that you get to you get to connect with people. There's only one way you can connect with actual people in a real way. And that's by being truthful and being vulnerable.”

As for the tone of the song, Shawn dished, “I think that's a little bit of the magic trick… If you can kind of reel people in with the sonic of the song, then they'll be listening on their own time, maybe. And then the lyrics will maybe head a little deeper.”

Mendes recently tweeted a candid video about the struggles of a breakup, asking who you call when you’re having a panic attack. As for who he turns to nowadays, he said, “I think a lot of it is relying on people around you, and not, not putting all of your kind of all of the pressure on one person to be all of your support. You know, I have a lot of amazing friends and family and I just kind of balanced it out between them. But the truth is… I’ve suffered with anxiety for a long time. And years ago, I had super, super, super bad anxiety. And the one thing that I always talk about it, but the one thing that that truly changed my life is meditation.”

Shawn discussed how meditation has been life-changing for him. He said, “It really is something that I do every single day, and something that I'll do for the rest of my life, because it helps me so much. And it helps with my anxiety. And I think a lot of people get a little, like, scared or intimidated by, like, what meditation is at first, but it's actually really simple. And so I always am like, ‘If you're struggling with anxiety, just YouTube simple meditation and stick with that for a week and see how it makes you feel,’ because it really changed my life.”

On social, he said that he is now on his own and he hates that. Clarifying what he meant, Mendes commented, “I think when I was saying that, I was like, it's moments of being on your own and I don't hate being on my own, actually. There's a lot of amazing things about being on your own. And I think that what I was referring to is when you're so used to always having somebody to call that second, that person isn't there anymore, it can feel like everything's falling apart. But then if you can kind of work through that and let yourself kind of get through that, you can start to be that person for yourself, and be that strength yourself, which is a huge, huge thing. “

Is Shawn looking to stay single for a while? He answered,  “I never really put I never really say yes or no to that question. Because it is what it is. You know, I think for me, there's definitely a lot like, I really think that I'd like to be as full and satisfied and content within myself before I try to get that from somebody else.”

Another thing that Shawn has to get used to… sharing his puppy Tarzan with someone else. He dished, “He's with Camila in Miami now. He's not a puppy anymore… He’s been really good… I haven't seen him for a while.”

Shawn said he does not know when he will put out an album. He admitted, “To be honest with you, I'm not sure because I think I'm about to go on tour. And a lot of the music that I make gets inspired by touring. And I get to go on and kind of see what people react by and how it makes people feel. So then I get off tour and in those little breaks in-between is when I start making the album.”

Mendes is kicking off his Wonder tour this June in Portland!