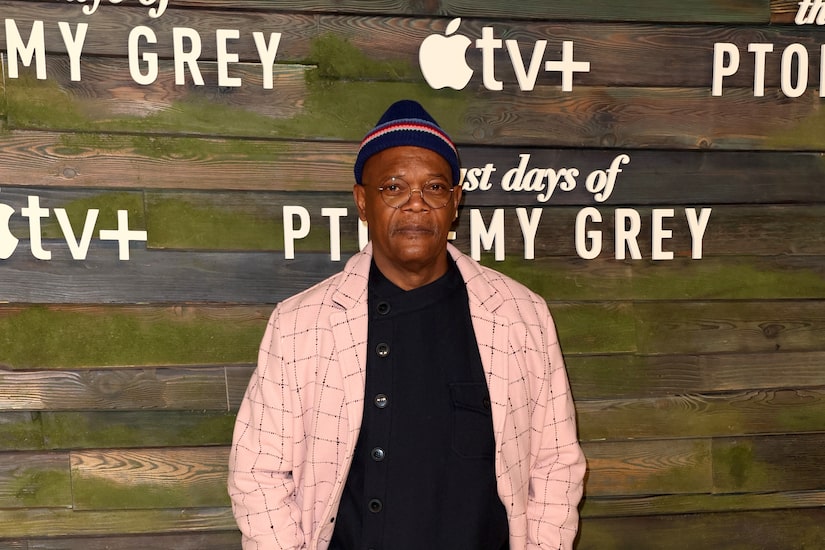 Samuel L. Jackson is starring in the new limited series “The Last Days of Ptolemy Grey,” based on the best-selling novel.

Giving Jenn an unfiltered message on how to get a baby to go to sleep, he said, “Just hold the baby, rock him gently, and whisper in his ear, ‘Go the f**k to sleep.’”

Jackson narrated the audio book version of the book “Go the F**k to Sleep,” written by Adam Mansbach.

Samuel also opened up about his passion project and what it would mean to win an Emmy for it!

When Rachel brought attention to the passion that Samuel brought to the series, he quipped, “I never inspire people, what are you talking about? I just kind of show up and do what I do and try and have as much fun as I can and infuse them with my energy.”

As for the legacy he’s leaving in Hollywood, Jackson said, “I continue to go out and try and be a shining example of what is possible if you put your mind to it and you have determination and grit… It’s even more possible now than when I started doing it so I applaud all these young people that are out there, you know, making their mark.”

If he won an Emmy for the show, he said it would be “validation” that he made the right decision to play Ptolemy, who is struggling with dementia.

Jackson hopes his character “touches [audiences] in a very real and honest kind of way,” adding, “Alzheimer’s dementia touches a lot of people… Hopefully they won’t be triggered by it and they can stick with the story and see the happy parts also.”

“The Last Days of Ptolemy Grey” premieres March 11 on AppleTV+.