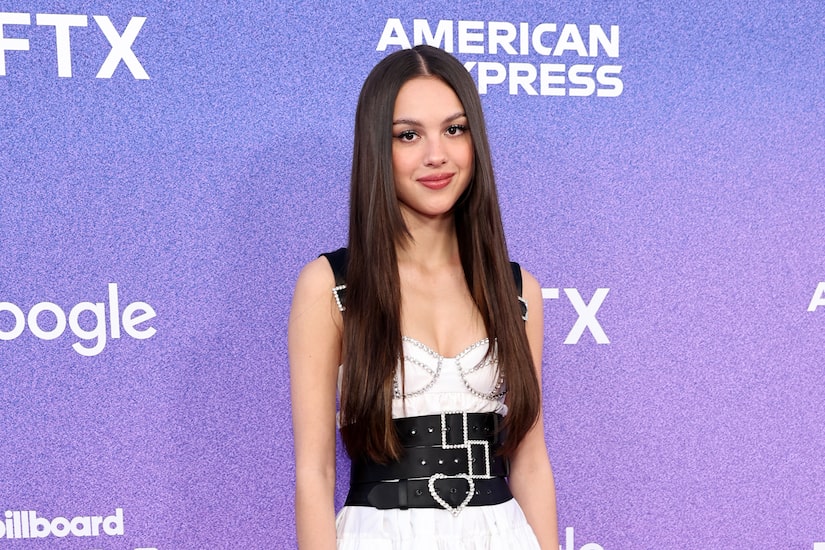 Olivia Rodrigo said she was “stoked” to be at the 2022 Billboard’s Women in the Music event!

“Extra’s” Katie Krause spoke with Olivia, who opened up about what it means to be the publication’s Woman of the Year. “It’s crazy,” she said. “I mean, I just turned 19 and I feel like a little baby, not quite a woman yet… Writing songs is my favorite thing, so to be honored this way is just a dream come true.”

Rodrigo discussed her most memorable moment of the past year, saying, “One of the biggest pinch-me moments was meeting Joe Biden at the White House. I remember walking the halls of the White House and I remember thinking, ‘I get to be here because I wrote some songs’ — that's the craziest thing.”

Rodrigo also opened up about writing her sophomore album. She said, “I’m very excited… It’s been a lot of fun working on it.”

Katie spoke with Olivia’s friend Dixie D’Amelio, who revealed how they struck up a friendship.

Dixie shared, “We just, like, met a couple times… We’re like, ‘Hey, we’re the same age, we do similar things, what’s up?’ That’s pretty much how I make friends nowadays.”

Is a music collaboration between Olivia and Dixie in the works? She answered, “Definitely not. I try to keep my friendships friendships and not business transactions as much as I can.”

D’Amelio went on, “The friends that I have… we never talk about it unless it happens. Everything that happens, it happens on accident, and I think that’s perfect.”

Dixie is working on her own album, so don’t be surprised if Olivia gets a first listen! She teased that her new music will sound nothing like what she has already released. She commented, “I think everything I’m doing recently has just been more me… It’s just telling my story in so many different sounds. No songs sound the same.”