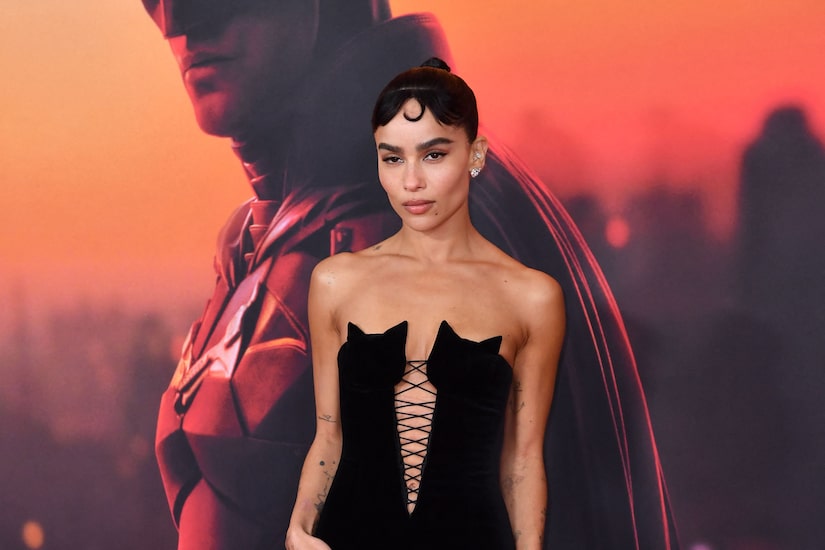 “Extra” Special Correspondent Adam Glassman spoke with Kravitz, who was joined at the premiere by her beau Channing Tatum and stepdad Jason Momoa.

She commented, “A lot of people are really excited to see the film tonight.”

Kravitz also gushed about her co-star Robert Pattinson, who plays “The Batman, “I was really in awe of his ability to completely disappear into this character. I would forget that it was him sometimes. It was amazing.”

Has Kravitz seen any of Robert's "Twilight" movies? She answered, "I've seen the first one in theaters."

In “The Batman,” Kravitz is taking on the iconic role of Catwoman, which she thinks is “crazy.” She joked, “I'm waiting for them to fire me. I can't believe I have this job.”

Zoë also opened up about how “wild” it felt to put on the catsuit for the first time. She noted, “You just don’t get used to seeing cat ears and ‘Catwoman’ next to your name.”

As for her character Selena Kyle being bisexual, Kravitz said, without revealing too much, “There’s a female character she has a romantic relationship with.”

“I think all people are bisexual if you just have a couple of drinks and let yourself really get in tune with what’s going on,” Zoë went on. “She’s in touch with her sexuality — I would say that more than anything.”