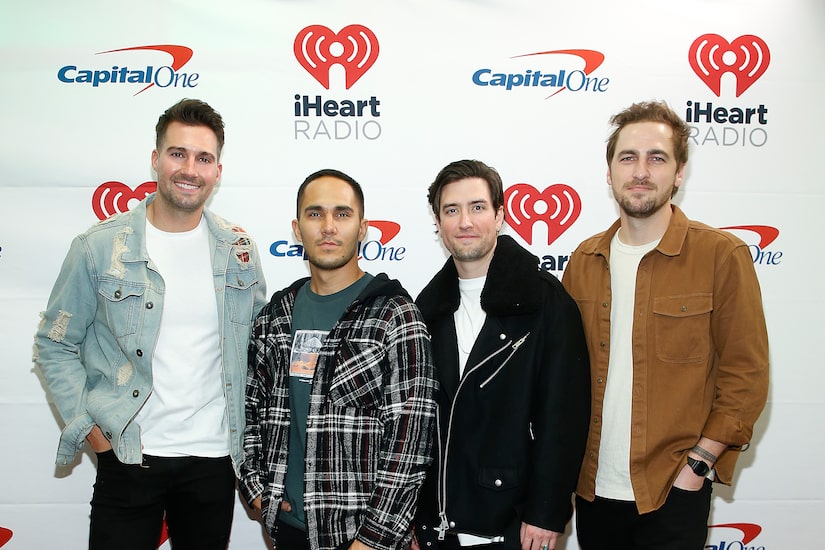 Big Time Rush is gearing up for their first headline tour in nearly a decade!

“Extra’s” Katie Krause spoke with the group, who spilled all sorts of reunion details, as well as what to expect from their new music.

When asked why this was the perfect time to reunite, Carlos PenaVega said, “We just wanted to get the band back together.”

Logan Henderson added, “It was two years in the making… We always thought we would come back to the band at some point… The stars kinda aligned at some point with our lifestyles and our schedules.”

Logan also noted that the COVID-19 pandemic made them realize that “life is short,” adding, “It’s nice to have fun and we wanted some of that for the fans.”

While they were on hiatus, the guys kept in touch with a group chat. Carlos said, “These guys are like my brothers. I’ve seen these guys more in my life than my own family.”

The guys opened up about how they’ve grown up over the years. While discussing his family, Carlos added, “I have three kids now… think we needed that time to kind of find ourselves again.”

“The show was so intense,” Carlos emphasized. “We were so burned out that I think at the end, we said, ‘Look, this is not the end, but let’s just take a pause for a second.”

As for what to expect from their tour, Carlos emphasized, “We love performing and I think what makes us very, very special is that we're not just artists, like, we are also actors and we like to kind of make a show of things.”

The tour will be “a little different than the last tours” since the guys are “even-keeled these days.”

Carlos will be bringing his family on the road. He shared, “we got our own, our own PenaVega bus coming along.”

Kendall joked that he was “the nanny.” Carlos revealed, “I left Kendall with my kids in the car for five minutes and when I came back, he was like, ‘I'm not having kids for a while.’”

Since Carlos has a wife and kids, are Kendall and Logan inspired to settle down? Kendall quipped, “I’ve been with my girlfriend Micaela [von Turkovich] for seven years, we’re pretty much ‘married.’”

Carlos noted, “If I have a fourth kid before these guys get married, we’ve got a problem.”

Kendall was feeling the pressure, saying, “Is it hot in here or is it just me?”

The guys are “experimenting” with their new music, working on 20 songs right now.

As for why James Maslow was missing from the interview, Carlos revealed that he couldn’t get out of a work obligation.

Tickets for the tour go on sale Friday, February 25.