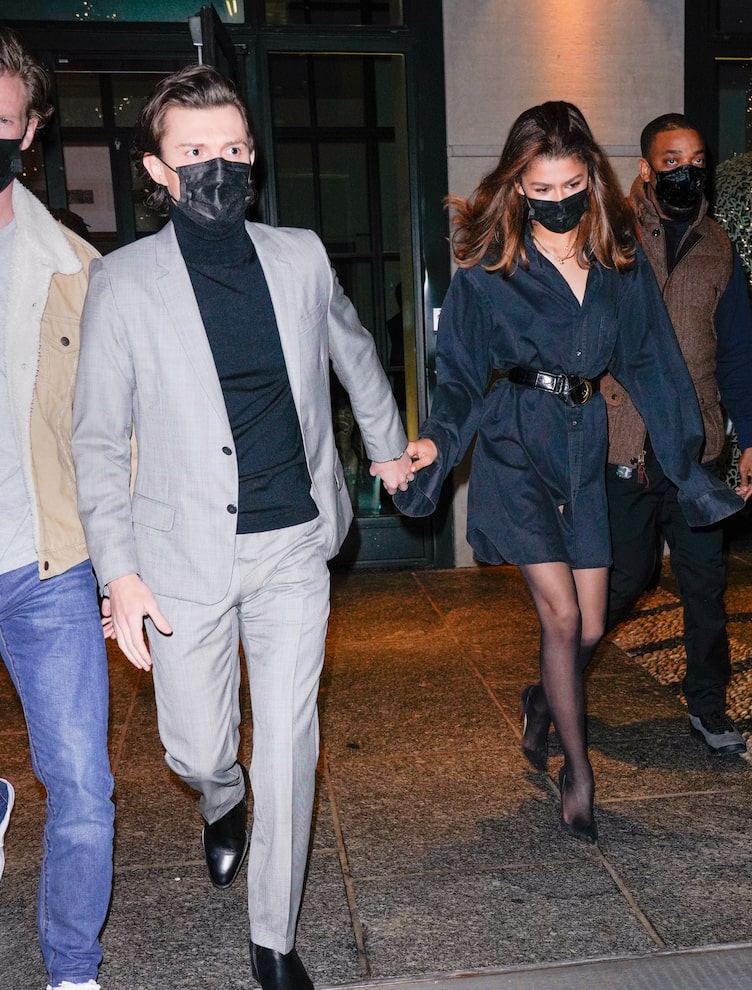 Once again, love is the air for Tom Holland and his girlfriend, “Euphoria” star Zendaya.

The “Spider-Man: No Way Home” co-stars were seen leaving their New York City hotel together on Wednesday night holding hands as they headed to a screening of Holland’s action-packed new movie, “Uncharted.”

The couple, who fueled dating rumors last year after they were caught kissing in a car, are clearly crazy for each other.

Back in December 2021, at their “Spider-Man” premiere, Holland shared his feelings about his leading lady with “Extra,” revealing, “She’s one of the most incredible people I’ve ever met. And I love her to bits. So to be here tonight is amazing. I’m delighted to share it with her.”

And it looks like their relationship is taking the next step! As reported by The Mirror, the couple appear to have bought a London home together just last month. A source shared with The Mirror, “They are very much in love and wanted their first home to be in London where Tom grew up. Everyone is thrilled for them.”

While the couple tries to keep their relationship pretty private, they openly support each other on their various projects, both the ones they work on together and the ones they shoot separately.

“Uncharted” is based on Sony’s video game series of the same name, and is serving as a prequel. In it, Holland plays Nathan Drake and Mark Wahlberg plays the role of his mentor Victor “Sully” Sullivan, who recruits Drake in a race against Santiago Moncada and Jo Braddock to locate the legendary treasure of the Magellan expedition.

“Extra’s” Terri Seymour also caught up with Tom and Mark earlier this month to talk about the new film, in which they have a “back-and-forth banter” that Tom explained is “the heart and soul of the movie.”

Holland also shared how their relationship off-screen was not too far from what we will see on the big screen. Tom explained, “We were kind of partners in making this film. I think it’s no secret when you watch the film that it was obviously very demanding — for both of us to make — so for me, one of the best parts of this film was us getting to work together.”

With this being such a physically demanding thriller, Terri also asked Wahlberg and Holland about the training that they endured for “Uncharted.” The “Infinite” star admitted that the duo did not work out together, explaining, “He and I were on a little bit of a different schedule. I’d be getting back as soon as I could to the hotel and calling my family. We’re on different time zones, so I would get up super early and he’d kind of come into the gym after.”

Holland, for his part, added that they also appeared to have different goals with their workouts, but he said that he feels, “This is the strongest I’ve ever been.”

Catch the stars in “Uncharted” in theaters February 18. 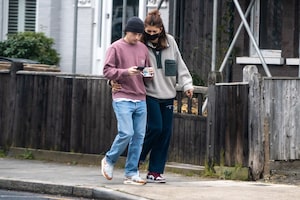 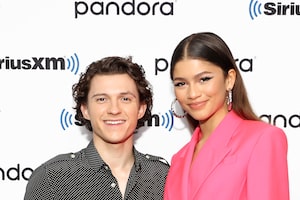 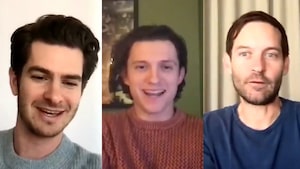