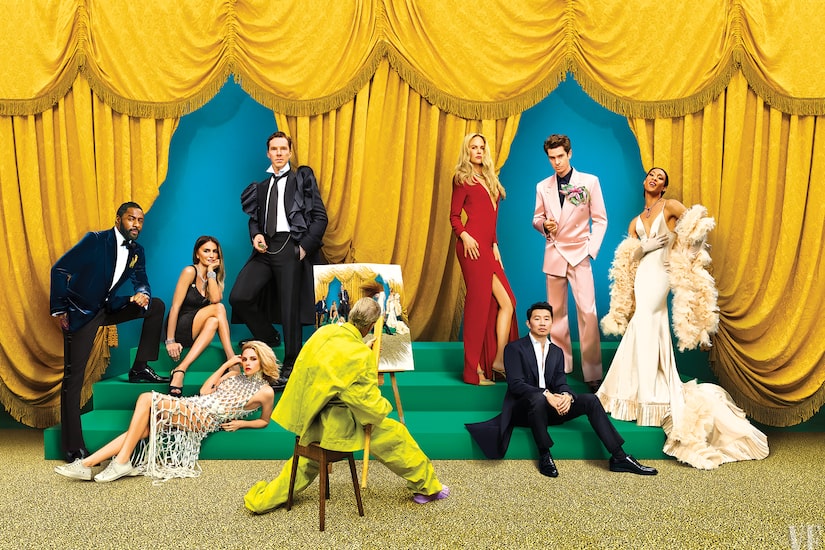 In the issue, editor in chief Radhika Jones writes, “To mark the occasion of our 28th annual Hollywood Issue, we present the iconic Hollywood cover times eight: scenes real and imagined from the gravitational center of moviemaking, conjuring fantasies of stardom with a wink. Our cover stars are on top of their worlds. Every one of these actors is having a hell of a year, bridging art house films and epic franchises, studios and streamers, small screen and big screen.”

Nicole, who is nominated for Best Actress at the 2022 Academy Awards for her role in “Being the Ricardos,” opened up about portraying Lucille Ball in the movie. For her profile, she shared, “Aaron Sorkin wrote her as the smartest person in the room, because she was.”

According to Nicole, Lucille was unapologetic about her intelligence. She pointed out, “A lot of times, particularly as a woman, if you’re smart, there’s a lot of apology.”

Kristen, who is nominated in the same category as Nicole for her role in “Spencer,” is on cloud nine about her engagement to “brilliant f**king screenwriter” Dylan Meyer. She gushed, “I love being engaged. It’s different.… I just feel so happy and lucky.” 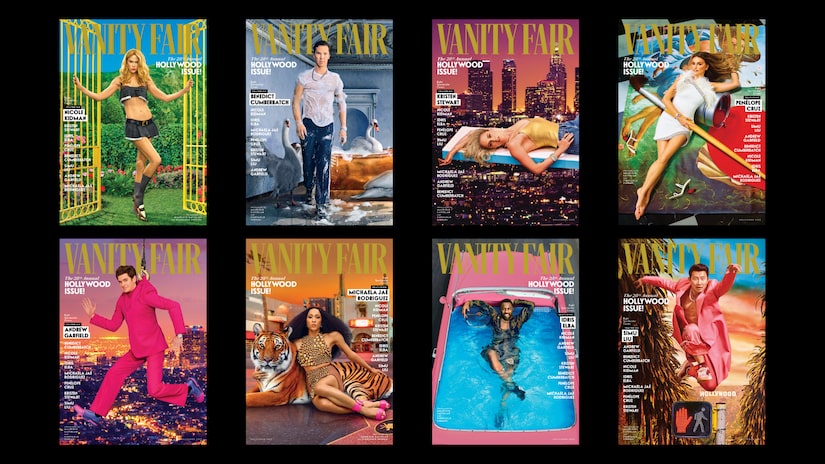 The pair are now working on a TV show together, but Kristen was a bit hesitant to collaborate, saying, “You don’t want that to affect this beautiful relationship you have.”

They work well together and wrote up the first episode in less than two weeks, with Kristen noting, “We discovered a superbrain.”

Idris is also doing something else besides acting. He is taking a risk and building his music career by DJing at Prince Harry and Meghan Markle’s wedding, as well as at Coachella. He admitted, “Some may think, Well, it will be the death of your acting if your music’s sh*t. I’ve dealt with the internal struggle of that over the years. So now I’m at peace and I’ve chosen: This is what I’m doing, and I’m going to do it. Some will love it and some will hate it.”

Andrew discussed the struggles he faced to keep his role in “Spider-Man: No Way Home” a secret. He shared, “I loved keeping it secret. I was able to get over my ethical, moral dilemma with whether this is a lie that is justifiable. Is this actually a lie, or is this just a fun gift I’m giving to people?”

Andrew also fanboyed over original Spider-Man Tobey Maguire. He raved, “I was just obsessed with what he was doing. I have a full heart here, where I want Tobey to be impressed by me. I want him to be my older brother/mentor figure and to tell me I’m doing a good job. I want to compete with him. I want to better him. I want to rib him, have fun with him.”

Simu Liu, who rose to fame playing the titular character in “Shang-Chi,” opened up about the pressures of meeting the expectations of an entire Asian demographic with the movie. Of the criticism that he faced playing the Marvel character, “What I wasn’t prepared for was backlash from within, for people to say, ‘He’s not our representative.’ Even if there are only a couple of people saying it, it always hurts.”