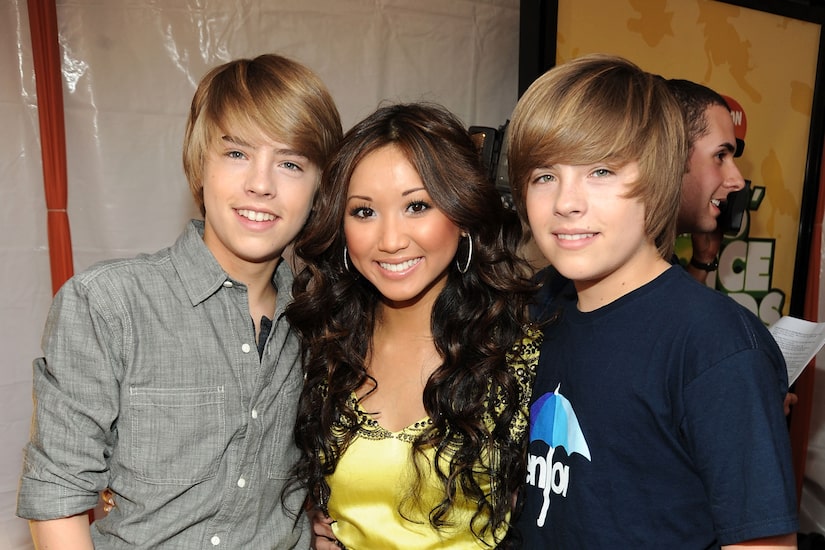 “Extra’s” Katie Krause spoke with Brenda Song and Shay Mitchell about the second season of their hit show “Dollface.”

It’s been nearly 15 years since Brenda starred on “The Suite Life of Zack & Cody,” so how does she feel about her twin co-stars Cole and Dylan Sprouse turning 30? She said, “I still can’t believe the boys are turning 30. It’s crazy.”

As for a possible reboot of the show, she commented, “Why touch a thing that was like, for me at least, that was such a great time in my life?… I don’t want to. I don’t even want to touch on that memory… because I feel like it was really special.”

Shay’s hit show “Pretty Little Liars,” which ended in 2017, is already getting a reboot that she isn’t currently involved in. Along with being “excited” for it, she’ll be one of us, adding, “I will be in the audience watching it.”

Brenda and Shay also dished on what to expect from the second season of “Dollface.”

While Shay spoke on the “hyper realism,” Song noted, “Filming the second season itself, I think, was so much fun because not only was it about our friendships but each character got to go on their own personal journey.”

One of the themes on the show is the characters coming to terms with turning 30. Song shared her two cents on why people may have a hard time dealing with their 30s, saying, “I think what it is, is like, society, like, tells you that by 30, you have to have all these milestones. You should be here, that you should be in this kind of relationship, you should have this kind of job. And so we put a lot of pressure on ourselves to do that and by the time we got there, like, have we met all the things, all the expectations that we thought were supposed to be?”

Brenda went on, “For me personally, I had a little bit of that, but I was really lucky because, like, for my 30th, I was in a really great place in my life and was in a place where I was like, ‘No, I should listen to myself,’ like, ‘I’m not gonna, you know, throw the big 30 party that everyone tells you to do.’ I was like, ‘No, wait, I should do what I want to do,’ and I think that’s been the biggest lesson in my 30s is just listening to myself and feeling comfortable in my own skin.”

Shay chimed in, suggesting, “I think that Forbes maybe changed their 30 under 30 list to like 100 under 100. I think everybody would feel a lot more relief.”

A familiar face you’ll see on the second season… Britney Spears’ fiancé Sam Asghari, who was described as a “gentleman” by both Brenda and Shay.

While Brenda praised him for “being game” about everything, Shay added, “There was one part where [Sam and Kat Dennings are] shaking the champagne and unexpectedly it went all over him and he was such a good sport about it and completely went along, such a pro.”

Brenda admitted, “It was really hard not to be like, ‘Please tell us everything about Britney.’”

Kat recently expressed that she wanted Shay to play the next James Bond, but what does she think? Shay was all for it, saying, “Honestly, I think that’s kind of like a huge goal that I do have.”

She expressed that she wants to do a role where she’s “active” and does “stunts.” She said, “I mean, a dream would be if I had to train super hard for something… So to one day be able to play a role like that would be really awesome.”

The second season of “Dollface” streams February 11 on Hulu.