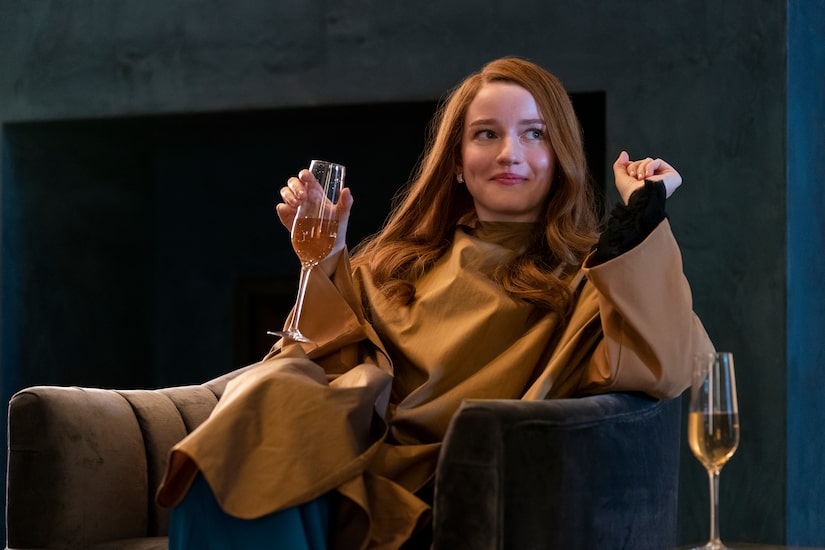 Garner opened up about meeting with the real-life con-artist heiress, who was convicted of swindling money from New York’s elite and was released from prison in February after serving just under four years.

Of their meeting, Julia noted that she “wanted to get [Anna’s] energy.”

Without being too pushy with the “private” Anna, who was born Anna Sorokin, Julia elaborated, “I was going to ask questions, but I kind of expected that I wasn’t going to get certain answers. I just wanted to get her spirit. What I came back with was how bubbly and likable and how charming she is.”

Before their meeting, Julia had done her research to nail the accent, watching interviews with Anna to get into character. She shared, “I got, like, access to very personal interviews,” which Julia says aren’t available to the public.

At their meeting, Anna asked to hear Julia do her accent, which was “extremely intimidating.”

Julia commented, “I started mirroring her… and she, you know, thought it was funny.”

Calling it an “out-of-body experience,” she admitted, “It was definitely one of the most bizarre things I’ve ever encountered in my life.”

It was recently reported that Anna doesn’t intend to watch the show, so what are Julia’s thoughts? She answered, “It’s up to Anna. I totally respect that and I never, you know, I didn’t go into the show anticipating that she was going to watch the show, to be honest.”

Garner shot “Inventing Anna” at the same time she was filming the final season of “Ozark.”

As for what to expect after the shocking events of the first part of the final season, she teased, “It’s gonna get darker… That’s all I can give.”