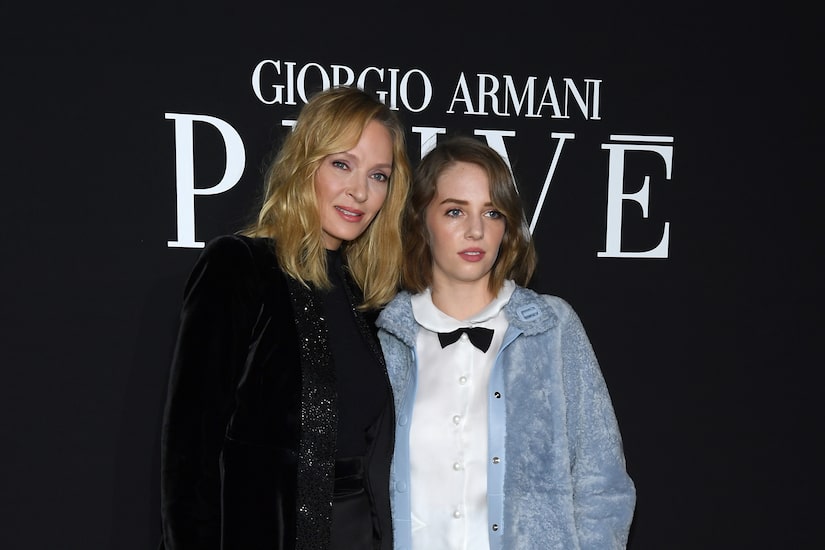 Uma Thurman is starring in the new crime thriller “Suspicion,” in which she plays a mother caught in a headline-making cat-and-mouse game to get her kidnapped son back.

Maya made her Hollywood mark with a role in “Stranger Things,” but could we see mom and daughter acting together soon? Uma shared, “People have presented some different things.”

Along with being “proud” of her “talented” daughter, Uma admitted, “I was so, so scared for her to be an actress, and then when I saw what a brilliant actress she was… it moved me very much.”

Uma is a mother of three in real life, and she said her role in “Suspicion” was one of the toughest she’s taken on. She explained, “I had to use a lot of imagination because the concept of that happening in real life with your real own child. I think I wouldn’t be able to walk onto the set.”

Uma’s character Katherine Newman is a prominent businesswoman, and when asked if she based her character on anyone in particular, Thurman answered, “I drew on lots of inspirations. I’ve known lots of very strong, focused women in business who balance the family life.

“I myself could never really successfully put career first with my kids,” Uma pointed out, “but some people do it or have to or you know like someone who is a business leader like Katherine Newman.”