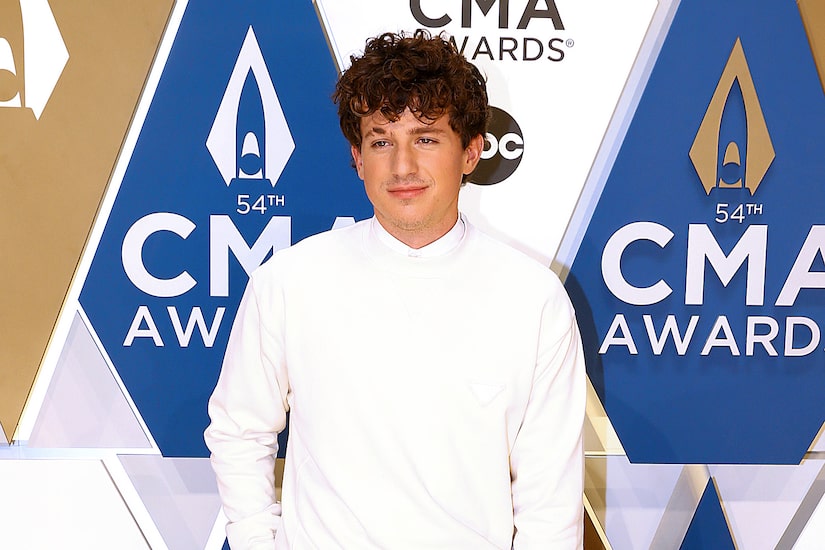 While he isn’t an expert with football, Puth felt “very natural” doing a Super Bowl commercial since it was “so musical.”

In the commercial, Puth is showing off his beatboxing skills, which was Frito-Lay’s idea. He shared, “It was really cool seeing how it would all come together. All I did was supply the backbone of the record which was the beatbox and they put it all together.”

Charlie had the opportunity to be in the commercial with one of his “favorite artists” Megan Thee Stallion. Would he ever be interested in a collaboration? He answered, “If she’d want to, I’d be very down.”

Puth also showed some excitement for the highly anticipated Super Bowl halftime show, which will be headlined by Dr. Dre, Eminem, Snoop Dogg, Kendrick Lamar and Mary J. Blige. He said, “I grew up studying Dr. Dre's production so of course I'm excited to see this halftime show.”

Looks like Charlie knows some details about the show too! Without revealing too much, he teased, “I know some neat info that there's some artists they're not telling you that are gonna be on there.”

Puth is promoting his first Super Bowl commercial, but he also revealed some other firsts, like his first job, his first performance, and his first big purchase!

Puth’s first job was a piano teacher at the age of 14. He revealed, “I would teach the local students how to play some jazz.”

When he was 16, he sang in front of people for the first time ever. He admitted, “I was scared to death to do it, but I just had to rip the Band-Aid off and do it.”

Less than 10 years later, Charlie had his first hit, "See You Again,” a collaboration with Wiz Khalifa. The song was featured on the "Fast & Furious 7" soundtrack.

He noted, "When 'See You Again' resonated with the world and went beyond the movie and people were relating to it, it basically reaffirmed to myself that I can make music for people."

With Charlie's success, his first big purchase was a “really nice watch” that he ended up gifting to his mom. He explained, “Watches are heavy. I need to play piano… It was gonna weigh my wrist down.”

Charlie recently released his new song “Light Switch,” which already has over 25 million Spotify steams. He commented, “It's growing every day faster than any song I've ever put out which is phenomenal in itself, but what I'm really happy about is how people have treated the song... People have remixed it, they've torn it up apart inside out and put their own vocals on it and made different covers of it and I've really always thought that's how music is supposed to be received.”