Too cute! It looks like Dakota Johnson may have needed a little help connecting to a Zoom call over the weekend… and boyfriend Chris Martin was there to assist.

When the host tried to introduce her it took a few moments for the star to appear, and when she did there was Chris.

Dakota giggled as she came on and Chris flashed the peace sign and smiled as he walked out the door.

The movie centers on Raiff’s character Andrew, a young man working bar mitzvahs as he tries to find his career path. He falls for an older woman named Domino (Johnson), who has a daughter named Lola on the autism spectrum.

Watch the video above to learn more about the comedy-drama already generating buzz at Sundance. 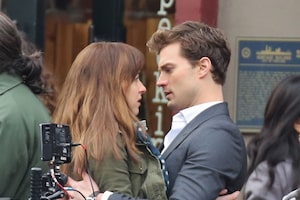 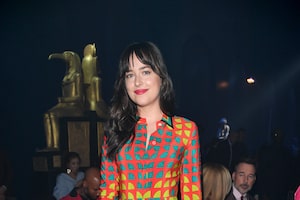 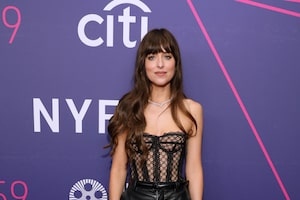