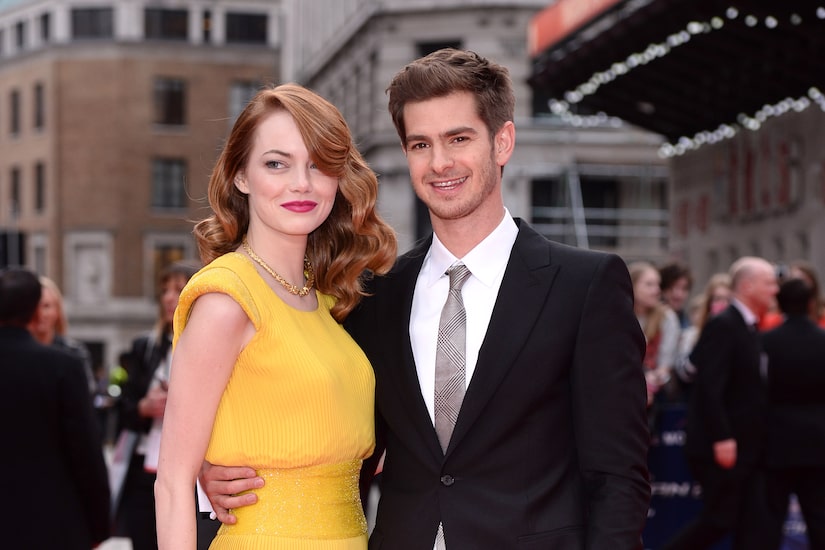 Andrew Garfield kept his involvement in “Spider-Man: No Way Home” secret from everyone, including his ex-girlfriend Emma Stone!

Andrew and Emma dated for four years while working together on “The Amazing Spider-Man” and its sequel.

Before “Spider-Man: No Way Home” hit theaters, Emma reached out to Andrew to ask if he was part of the movie. In a recent episode of Josh Horowitz's “Happy Sad Confused” podcast, Andrew revealed, “Emma kept on texting me. She was like, 'Are you in this new ‘Spider-Man’ film?' And I was like, 'I don't know what you're talking about.' She was like, 'Shut up. Just tell me.' I'm like, 'I honestly don't know' — I kept it going, even with her.”

“And then she saw it. She was like, 'You're a jerk,’” Andrew shared while laughing.

This made my brain explode!! Guess who else Andrew Garfield lied to about being in SPIDER-MAN: NO WAY HOME? Emma Stone!

Listen for free to our 45 minute spoiler chat here: https://t.co/p2L1jwCnVS

Or try our patreon out at https://t.co/e84WokCDhq to watch all our episodes pic.twitter.com/dtH2N2uXfG

In another recent interview with The Wrap, Garfield opened up about how it was to keep his lips sealed about his appearance in the movie. He admitted, “There were moments where I was like, 'God, I hate lying.' I don't like to lie and I'm not a good liar, but I kept framing it as a game. And I kept imagining myself purely as a fan of that character, which is not hard to do."

In November, Garfield addressed the rumors that he would be part of the movie at the AFI Fest premiere of his film “tick, tick… BOOM!” When “Extra’s” Rachel Lindsay asked him to blink once if he was going to be in the movie, Andrew laughed, saying, “I’m not going to blink, I’m not going to do anything!” before shaking his head and blinking his eyes repeatedly saying, “I’m just going to do this now.”

Andrew praised Tom Holland and the current team for their portrayal of the web slinger.