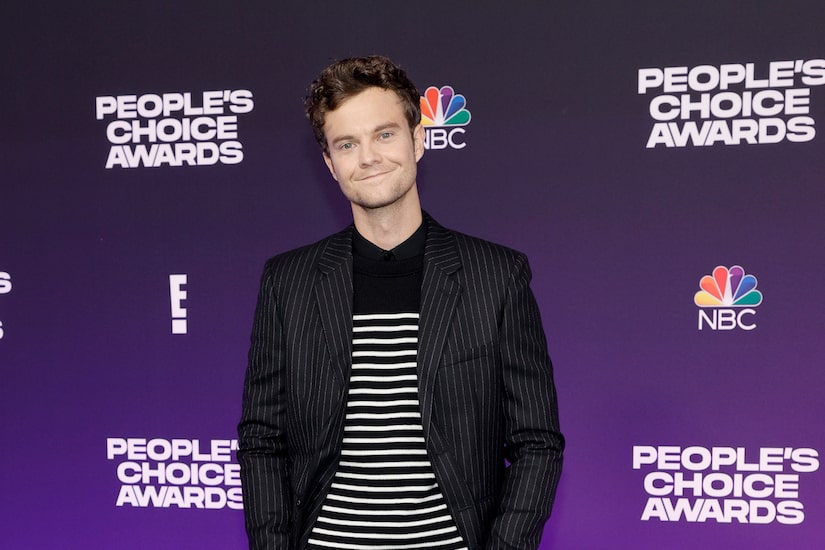 "Extra’s” Special Correspondent Tommy DiDario chatted with Jack Quaid and Melissa Barrera about the new “Scream” movie, which allowed them to work with the OG cast, like Neve Campbell, David Arquette, and Courteney Cox.

Jack admitted that he felt “a lot of different, mixed emotions.” He explained, “They couldn’t have been more welcoming… They say never meet your heroes, but in this case, I’m happy I did, because they’re all incredible people.”

Jack revealed that David even taught him how to paint!

Melissa also opened up about her “surreal” experience of meeting Courteney, saying, “I was such a fan of ‘Scream’ and of ‘Friends,’ so imagine my nerves meeting Courteney Cox. I was trembling, knees shaking, it was insane.”

Jack added, “To see the two of you becoming best friends, it was incredible.”

As for what to expect from the new “Scream” movie, Melissa teased that people will be “terrified.” She went on, “I think it’s the goriest out of all the films.”

Aside from “Scream,” Jack has also been busy with his hit show “The Boys,” which will be returning for a third season in June.

Calling it his “favorite season,” Jack teased, “It’s so messed up, the new season. It’s full of those classic messed-up ‘Boys’ moments that we’re kind of famous for...”