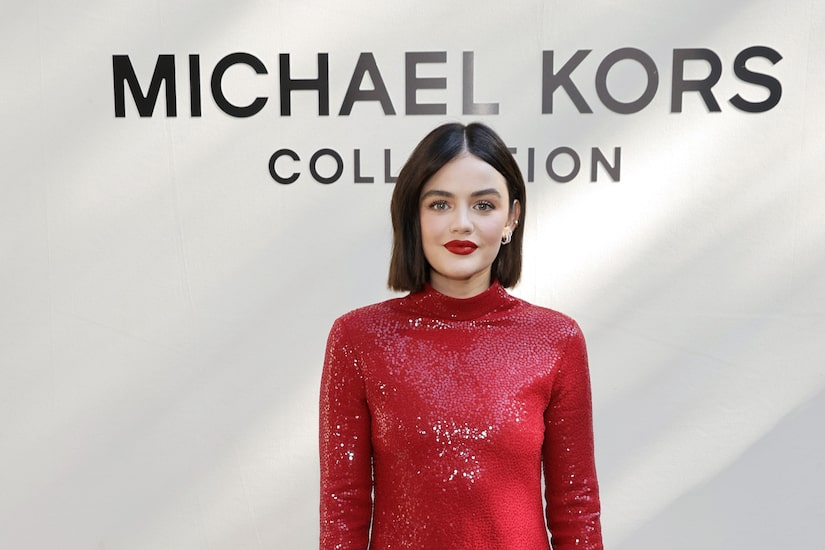 “Extra’s” Katie Krause spoke with Lucy Hale about her gritty new movie “Borrego,” as well as her take on HBO Max’s reboot of “Pretty Little Liars.”

While she’s “open” to being part of the reboot, Lucy noted, “I’m not involved in any way other than just being genuinely excited and curious about what they’re doing.”

Showing her support for the new stars of the reboot, Lucy said, “I think people want me to be upset that there’s a reboot, but, like, that’s just never going to happen… It’s so hard to get things made and to get cast... I genuinely hope it’s great for them… It's flattering they want to do a reboot.”

Hale also opened up on her mental health after revealing that she was in a dark place after “Pretty Little Liars” ended. She explained, “When we had that for so long and then the show stopped, you can’t possibly, it’s hard to imagine that… I just had to sort of regulate my thoughts.”

As for her dating life, Lucy revealed that she’s “happily single,” even commenting on those past Colton Underwood romance rumors.

While they were spotted on a hike together, Lucy pointed out that they were “always just friends.”

After they were spotted together, Colton eventually came out as gay. Lucy said, “I always love when people live their truth… I’m happy that he seems happy.”

Hale has been busy promoting “Borrego,” a movie about a young botanist who witnesses the crash of a drug mule’s plane in the Borrego desert. She said of the film that she knew it would “challenge me physically, definitely emotionally, and mentally.”

Lucy discussed the physical intensity of the movie, saying, “The first day, I ran up this canyon because we shoot out of sequence, and I pulled a quad muscle.”

Lucy braved through the injury and shot in varying weather conditions. She emphasized, “It was just challenging and it was so rewarding thought at the end of it… I was on the verge of a breakdown, but I was like, ‘We did it,’ and I’m really proud of it.”