“Extra’s” Billy Bush spoke with Clayton after the season premiere, in which two women exited before the first Rose Ceremony.

Clayton opened up about Salley, who declined his First Impression Rose after confessing she was supposed to get married that day. He said, “I know what was shown was maybe a couple minutes, but we did talk for probably over an hour… I thought we had a great conversation.”

He continued, “I know that someone that was previously engaged was supposed to get married that day so people can go, ‘That’s a major red flag.’ To me, instead of her just going home, she wanted to come talk with me and I felt that okay, maybe she can get over this... I felt that I liked what I saw and I thought, ‘Hey, if I give her a rose, then maybe she will go into night one not too stressed out... and we can move past that whole experience.’ That was my thought.”

When Billy brought up a beautiful woman pouring her heart out to Clayton, he said, “Ultimately, that’s what she did say, like, 'My heart’s not here.'”

As for the possibility of Salley returning to the show later this season, Clayton commented, “Bold prediction for 2022... You’ll have to wait and see. Everyone’s wondering.”

Then there was Claire, who told the other suitors she “hated” Clayton. Clayton reacted to that, saying, “I’m somebody who, words are very important. If you’re gonna say a word that holds that much weight, then I’m gonna take it that way... Night one to say that, that was a major red flag... That’s why it was an easy decision to say, ‘Let’s go our separate ways.’”

In the super tease at the end of the episode, Clayton revealed that he fell in love with three women and slept with two of them.

As for the reason behind his transparency, Echard explained, “Two things. One, it will become very obvious once that part of the season shows... I’m somebody who feels you have to have transparency, honesty, communication for a lasting relationship... That’s why I was so transparent in that moment because I owe it to those women to have those conversations... If you’re withholding, you’re building a relationship on a foundation of lies and that will never go anywhere.”

Clayton is already revealing he found love on the show. Billy guessed that Clayton found love with one of the two women he was intimate with but warned that there might be some tough conversations ahead.

Clayton quipped, “Oh, man, you are making me so excited about the future right now… You’re gonna have those days where things will pop up... That’s a relationship. It’s not easy. And for that, I’m always open to having those conversations… I’m ready for any of those conversations.”

What about being in love with more than one person? Echard commented, “I think that I’m spiritual [and] think everything happens for a reason. People are placed in your life... If you get to a point where you find someone and they make you genuinely happy, you get to a point where you’re like, ‘I don’t wanna look for anybody else’... when you meet someone and they check all the boxes... then you couldn’t ask for much more.”

He concluded, “If they’re with you through good and bad, that’s what everyone looks for in life. Maybe not one soul mate, but if you find someone as good as that, you hold onto them.”

Does he have any regrets?  He answered, “I wanna preface it by saying I don’t have any regrets... I did what I thought was best at the time, that was 100 percent me. I can look back at that entire experience and say I was 100 percent myself through the entire way, but people are gonna see my mistakes... I believe I’m a better individual because of all the experiences I’ve had throughout, good and bad.”

“The Bachelor” airs Mondays on ABC. 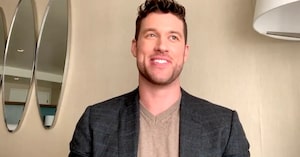 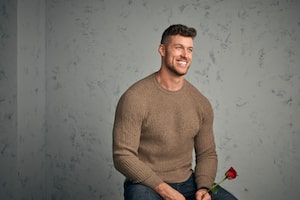