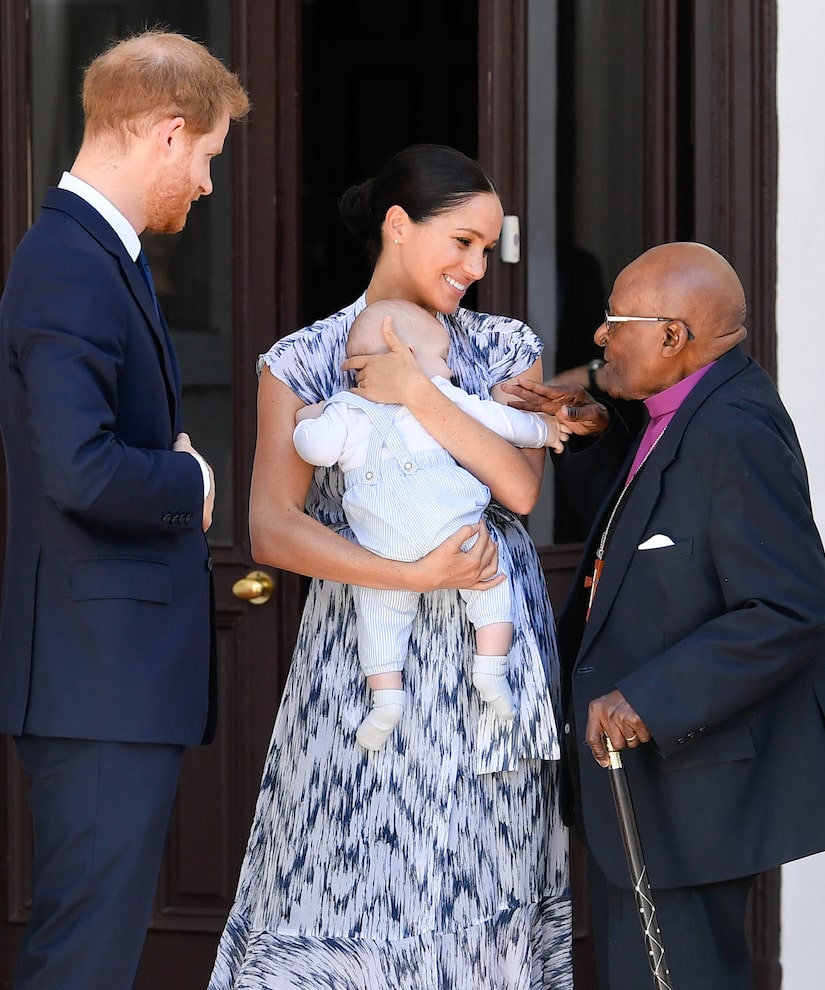 Archbishop Desmond Tutu passed away on Sunday at 90 years old, and now Prince Harry and Meghan Markle are among the mourners paying tribute to the civil rights icon.

Harry, Meghan and their son Archie met with Tutu, who fiercely fought against apartheid in South Africa, in Cape Town two years ago. They shared a sweet memory from that meeting in a statement obtained by Harper’s Bazaar.

"Archbishop Tutu will be remembered for his optimism, his moral clarity, and his joyful spirit. He was an icon for racial justice and beloved across the world. It was only two years ago that he held our son, Archie, while we were in South Africa — 'Arch and The Arch' he had joked, his infectious laughter ringing through the room, relaxing anyone in his presence. He remained a friend and will be sorely missed by all."

That meeting marked Archie’s first and focused on the work of the Desmond & Leah Tutu Legacy Foundation, which focuses on social justice and continuing Archbishop Tutu’s work with future generations.

Harry also met with Tutu back in 2015, when the Prince received the Insignia of an Honorary member of the Order of Their Companions of Honour.