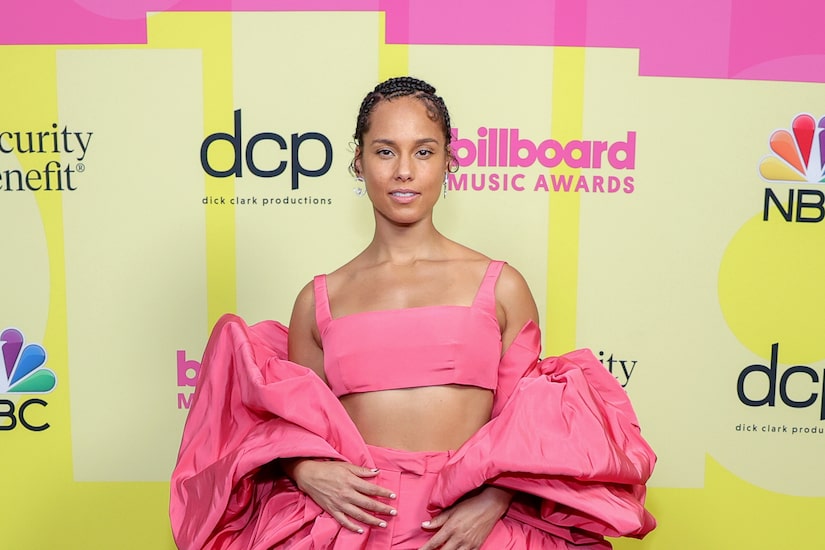 “Extra’s” Cheslie Kryst spoke with Alicia, who also discussed the possibility of collaborating with hit singer Billie Eilish. She said, “I would love to.”

Keys raved about Eilish, saying, “I love her voice. I love her vibe. I love her writing style, her fabulous energy. So I definitely think [this] is some collabo, you know, in the future.”

Alicia’s double album “Keys” will have two sides, Originals and Unlocked. She explained, “The idea was that the Originals was really allowing me to do kind of what I call ‘driving in my lane’… And then I wanted to do something fun and sample the original… So you’re going to be able to hear a song called ‘Only You’ on the original side, which will sound different, completely different perspective on the ‘Unlock’ side.”

Her new single, “Best of Me” has an extra special music video, which features her family. She pointed out, “We actually shot it the night before Swiss and I’s anniversary, and so that big, huge custom Valentino dress… almost becomes like a part of this set… And so to celebrate with him on the night of our anniversary, it’s so magic.”

What else will her future bring? When asked what she wants to tackle that she hasn’t done yet, Alicia answered, “A Broadway play… I’m creating it. And it’s almost ready. And it’s happening the end of [20]22.”