The comedian told the audience, “I never smoked, but I got lung cancer and in August I had half my left lung removed,” noting that the intubation tube from the surgery had left her voice sounding like “Minnie Mouse meets Marilyn Monroe.”

She went on to tell Jimmy she is “cancer-free” as the crowd cheered.

Kathy even shared a joke from her doctor, who told her when they removed a portion of her lung, it would look like a “used condom.”

“And then he goes, ‘You can use that,'” she said, quipping, “And I just did — and insurance covered it.”

Back in August, Kathy shared her diagnosis with fans, tweeting, “I’ve got to tell you guys something. I have cancer. I’m about to go into surgery to have half of my left lung removed. Yes, I have lung cancer even though I’ve never smoked!” 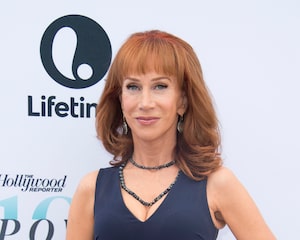 She followed up with a post-surgery updated, writing, “To be honest, this cancer surgery was a little more than I had anticipated. Tonight will be my first night without any narcotic pain killers. Hello Tylenol, my new best friend!"

Citing a suicide attempt last year, she continued, “The last time I was in a hospital was in June 2020 when I tried to take my own life and overdosed on prescription pills."

Kathy has also battled a pill addiction in the past, telling fans, "With over a year clean and drug-free, I now know I can do this and anything I want without those devil pills. Y'know what? I fear drugs and addiction more than I fear cancer. So, I think I'll be okay." 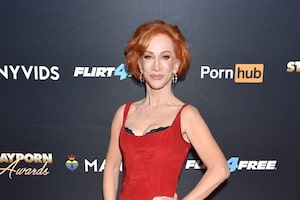 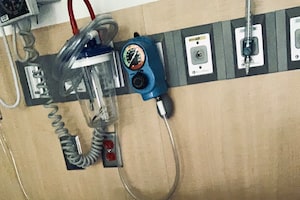 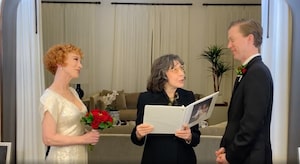