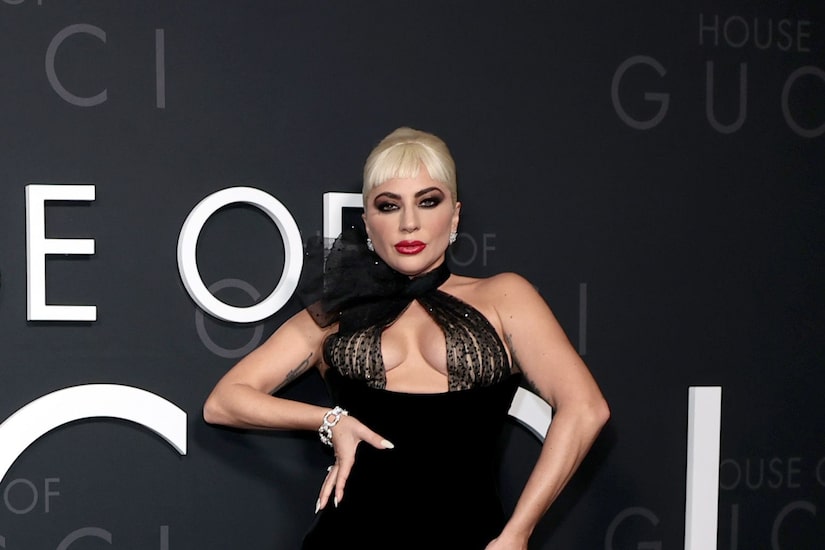 It was a special New York night for Lady Gaga at the premiere of “House of Gucci” at Lincoln Center.

“Extra’s” Cheslie Kryst spoke with Gaga, who weighed in on a conservatorship-less Britney Spears. Despite showing her love and support for Britney, who has successfully ended her 13-year conservatorship, Gaga stressed, “The legal system doesn’t  care about what we have to say… I prayed for her this whole time and I am so happy for her.

“I don’t want to speak on behalf of her,” Gaga continued, “I want everyone to know we can all cheer her on, but really and truly, it’s her that made this happen and I think we should applaud her for adopting her own freedom.”

Gaga has been putting on a fashion show while promoting "House of Gucci." Of her latest look, she said, “I loved this dress when I put it on. It’s a custom dress, by Armani, Armani Prive. It’s a couture gown.”

Gaga could not pick her favorite look during her press tour. She explained, “I loved all of them, I really did. I love Italian designers and I’m here to represent Italian people.”

The premiere means so much to her, due to her Italian roots. She noted, “My family is Italian. They are here tonight. We’re at Lincoln Center. I grew up three blocks from where we are. This is a huge, huge accomplishment and emotional experience for my family.”

When asked if her family will be proud of the accent she perfected for the role, Gaga quipped, “I’ll let you know. I’m sitting with them.”

“I’m sure my father is going to let me know if I did it right or not,” Gaga elaborated while showing off her Italian accent. “And if he doesn’t, I’ll be going, ‘Dad what did you think?’”

In the movie, Gaga plays Patrizia Reggiani, the woman who plotted the murder of her former husband, fashion guru Maurizio Gucci, played by Adam Driver.  Showing major love for her co-star, she raved, “I have to really give it up to Adam Driver, he’s my co-star… He’s an incredible actor, he’s so intelligent, he’s so funny, and we built a beautiful friendship.”

Gaga also gave a shout-out to Jeremy Irons, saying, “I had wonderful scenes with him where I was terrified of him, but that’s what was called for.”

While the film called for a gorgeous wardrobe, Gaga actually wore some of her own clothing! She revealed, “I brought some with me, just in case.”