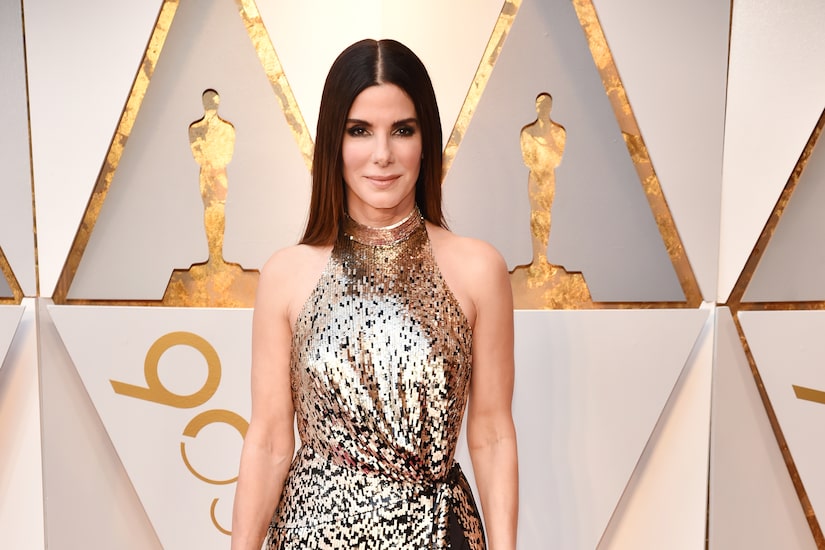 Actress Sandra Bullock is bringing it in her new movie “The Unforgivable,” co-starring Rob Morgan.

The Oscar winner stars as an ex-con who committed a horrific crime, and she’s on a mission to reconnect with her little sister with the help of her parole officer, played by Morgan.

Researching the movie, which hits Netflix December 10, was quite an experience for Sandra.

The star opened up to “Extra’s” Cheslie Kryst about meeting with incarcerated women, and how she wanted to share “the truth of their journey to how they got there.”

Bullock said, “One of my tattoos was in honor of one of the women that I got to interview that helped me with insight to my daughter. She, too, went through the foster care system and there was something that was similar and she said... ‘Oh, my God, that happened to me. That's who I was.’… I went there to get her story and I left there being a better parent because of the gift that she gave me.”

Cheslie asked about the tattoo, and Sandra said, “It was a barbed wire with a butterfly on it.”

While the movie is heavy, Kryst wanted to know if there were any light moments on set and how they kept their energy up.

“After lunch, about four o'clock, I need a little bump,” Bullock confessed. “It consisted of M&Ms and coffee.” As far as lighter moments, she shared, “Pre-COVID, we had some good laughs. Post-COVID, we were absolutely panicked… but Rob and I managed to scratch out some laughs and I don't know how.”

Rob also shared what it was like working with Sandra, saying, “It was like I was getting my ass whooped by Serena Williams playing tennis and I was trying to keep up. And I was like, ‘Gasp, gasp, gasp.’”

Bullock, a producer on the movie, also rallied acting icon Viola Davis for a role.

“Sometimes you have to beg… and I have no problem begging,” she said. “Everybody came with such power. It was incredible.”

As Kryst said her goodbyes, she teased, “Enjoy your M&Ms,” adding, “Rob, I hope you get some, too.” Bullock laughed, “He’s too pure for M&Ms!”

“The Unforgivable” opens in theaters November 24 and debuts on Netflix December 10. 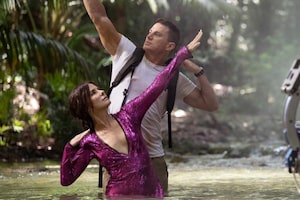