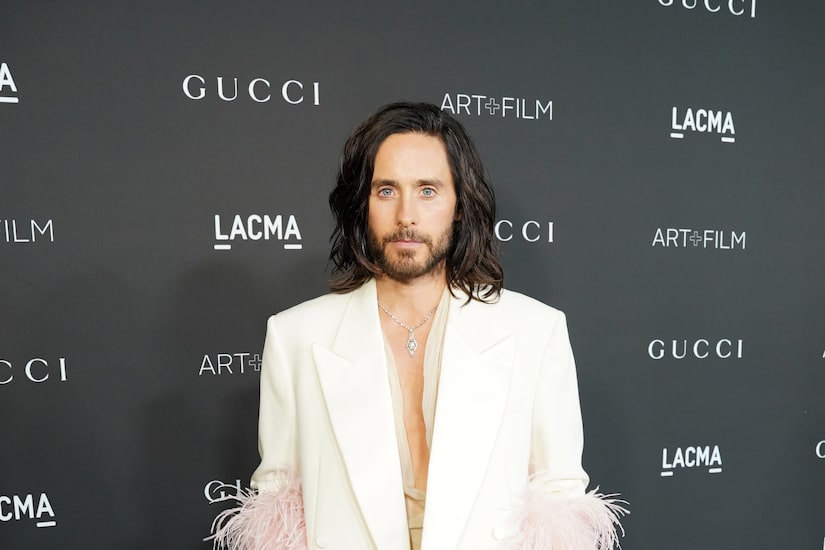 Jared Leto is all about transformation… he’s unrecognizable in “House of Gucci,”  but he is also showing off his monstrous side in the new marvel movie “Morbius.”

“Extra’s” Cheslie Kryst spoke with Leto about his transformational roles, as well as his new music.

Jared wore some serious prosthetics in “House of Gucci,” which centers on the true story of murder inside the fashion empire. As for how long he spent in hair and makeup while shooting, Leto revealed, “It was about six hours… Then it took about an hour to get off at the end of the night… So really intense, challenging, long days but one of the most amazing experiences I've had making a film.”

In “Morbius,” he plays a vampire, who “starts out very frail and sick” and then “becomes very strong and healthy.”

When asked they had to space out filming so he could change his diet and exercise? Leto answered, “There was a lot of dieting and a lot of exercising… It was great for me because I love transformation. I love really challenging roles and ‘Morbius’ was all of that.”

When Leto isn’t acting, he loves making music! His Thirty Seconds to Mars band is back with their first new song in three years, “Wouldn’t Change a Thing,” which appears on DJ Illenium’s deluxe album, “Fallen Embers.” Illenium commented, “We just got on Zoom, started talking about it and then worked our way through it for a while actually… It was a really good experience. It was dope.”

Jared quipped, “This song is basically our COVID baby… We made… creative love, I guess. You could call it that. And then we had a little baby.”

“House of Gucci” is in theaters November 24.