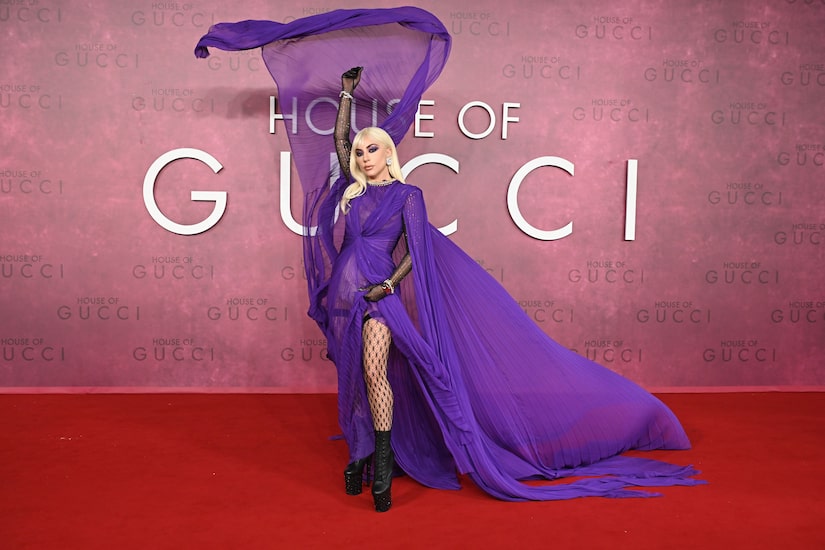 In the movie, Gaga plays Italian socialite Patrizia Reggiani, who was convicted of hiring a hitman to kill her ex-husband Maurizio Gucci. Of the psychological impact of the role, she said, “I was struggling with reality at some points because I lived inside the character… Our sets were outside, so for me, I couldn’t tell the difference between a movie set and the real world.”

Gaga added, “For me, I have believed in an immersive experience… I don’t like to get lost where I can’t find my way, but I do like to embrace this alternate reality to understand Patrizia’s perspective and how she sees the world.”

“The first couple of interviews I did for this movie, I felt sick to my stomach,” Gaga revealed about the anxiety of “reliving” it all. “In-between takes of doing interviews, I’m, like, sweating.”

Gaga also showed appreciation for her co-stars who made her feel “embraced.” She continued, “Thank you to all of you and to Ridley Scott for an incredible experience that I will never forget.”

Jared expressed “gratitude” to be working with one of his favorite actors of all time, Al Pacino. Jared said, “He really changed my life… He showed me what is possible. Just to be able to say ‘Papa’ and to play with him and learn from him… to be in the presence of greatness… It’s just a career to be admired.”

Jared showed love for his co-stars, saying, “I felt like a guest… I felt like I was there just to support and try to contribute the best way I could… It’s a dream to sit here and look at everybody.”

For Al, working on the film was “an escape” from the COVID-19 pandemic. The legendary actor revealed that the script and the cast really sold him, saying, “I love them. It was great to be with them.”

Adam revealed that he stuck to the script to play Gucci. He explained, “Regardless of what's out there in the world, if it's not there, it's harder to play.”

Along with dishing on her role as a psychic in the movie, Salma raved about Gaga’s performance. She commented, “[Gaga]'s so smart that she started, like, coming up with theories that were nowhere written.”

Salma is married to business mogul François-Henri Pinault, who has business ties to Gucci. She shared, “My husband had a little bit of an insight.. [Gaga] started asking questions. ‘Ask him this or that.’ And then he would go... ‘She told you that? Damn, she's smart.’ I told you she was really smart!”