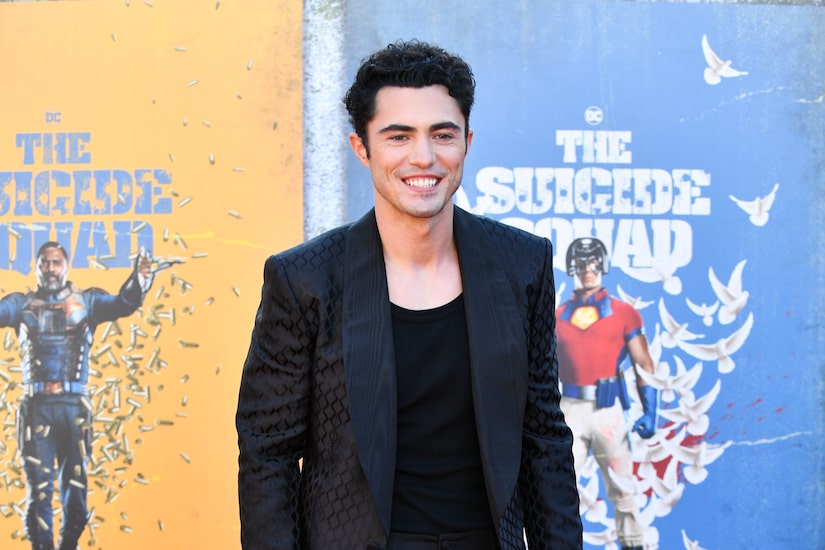 Darren opened up about his own real-life catfishing horror story. After having some “intense eye contact” with a woman at a restaurant, Darren asked the woman out to dinner, but the date didn’t go as planned. He shared, “When we sat down, the nice girl I met at lunch had completely gone away. She was talking about how famous she was in, like, Romania or something. When the night ended after a horrible, horrible time, she decides, ‘I'm bored, I wanna go home.’ I was like, ‘Okay, do you need a ride?’ She goes, ‘No, it's okay,’ and a truck of like four dudes rolls up. She rode off into the sunset and I never saw her again.”

While Darren didn’t find love with the mystery woman, he did meet his now-girlfriend Mikaela Hover on the set of “Love Hard.” He commented, “It was kind of just like any other day.”

In one “really funny” scene, Nina and Jimmy had to pretend to go rock climbing. Jimmy recalled, “Nina is so athletic and kind of a daredevil. She’s just climbing up and her character is not supposed to know how to climb rocks, so she had to act like she doesn't know how to climb. My character's supposed to be an expert in climbing rocks, but I have a deathly fear of heights so I was really, really scared, so it was a lot of acting on both of our parts.”

Though Nina is dating famed snowboarder Shaun White, she credits her athleticism to her older brother. She explained, “He played every sport under the moon, so I had to try it, too.”

As for why people should watch “Love Hard,” Jimmy said, “I think it's warm and just a beautiful film.”

Jimmy noted that people will get the “warm and fuzzy feeling of Christmas” from watching it.