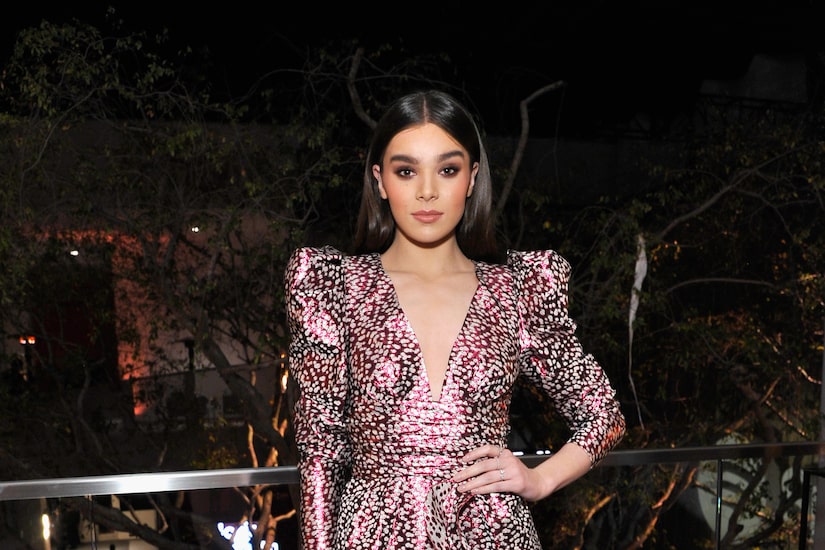 “Extra’s” Cheslie Kryst caught up with Hailee Steinfeld to discuss the final season of her show “Dickinson,” as well as her upcoming Marvel show “Hawkeye.”

Hailee opened up on her “intense” training regimen for “Hawkeye.” She said, “I took it upon myself and started training well in advance with my trainer, who also happens to be my dad… That was a really awesome experience, and I was ready by the time I got to set. I had Heidi Moneymaker, who was our stunt coordinator who is incredible, and I felt like I was in that place where she could throw anything at me and I could pick it up quickly.”

She noted that transitioning from corsets in a period piece to an MCU set in New York City during the holidays is something that she still has to “wrap [her] head around.”

As for the third season of “Dickinson,” it picks up with “the Civil War raging on” with the Dickinsons “all sort of on their own.” Of the famed poetic Emily Dickinson, Hailee pointed out, “There are some of her greatest poems that came out of this time.”

As to whether Emily finds love with Sue this season, Steinfeld commented, “Things are really complicated as ever, but they just never fail to end up in each other’s company to some capacity.”

Steinfeld also discussed the decision to end the show after three seasons. She said, “The story is complete and [show creator] Alena [Smith] always envisioned this as a three-season journey, so to see it all come full circle is very rewarding.”

Hailee emphasized, “This is the best season, so we’re going out with a bang!”

The third season of “Dickinson” streams November 5 on AppleTV+.