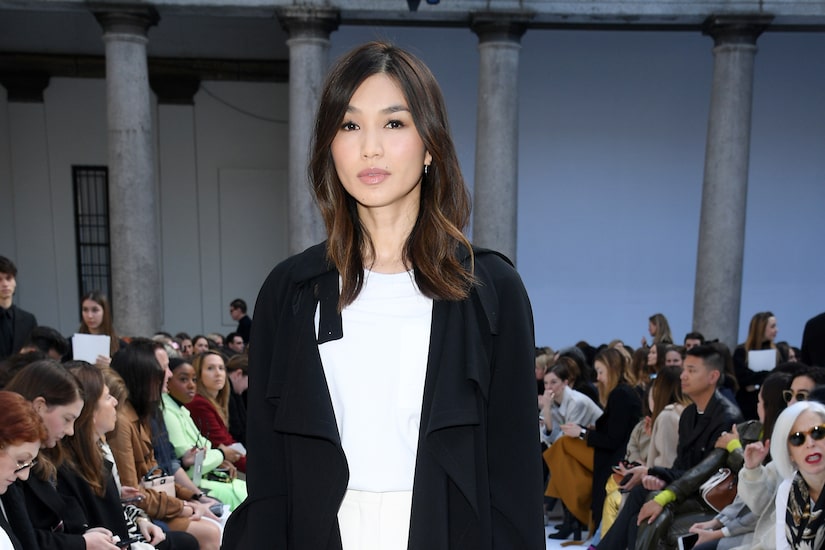 “Extra’s” Jenn Lahmers caught up with Gemma Chan and Kit Harington as they promoted their new movie “Eternals.”

Chan noted that she had “so much fun” working the movie, adding, “Getting to work with some of my friends as well was a bonus.”

When asked what it was like to be surrounded by powerful women like Angelina Jolie and Salma Hayek, Gemma said, “Just incredible. I have been an admirer of Angie, Salma, and Lauren [Ridloff] for a long time… It was amazing to watch them do their thing, and I got to have little moments with each of them.”

Between Angelina and Salma, who was the mama bear on set? Gemma answered, “Salma played the spiritual leader. She had the more mama bear energy.”

Kit and Gemma have known each other for years, but Kit shared, “I’ve never worked on camera with Gemma before, so it was a real pleasure. The short time that we have together in this film is special.”

In the movie, the two play a couple. Gemma quipped, “I think they are pretty sweet together.”

Of his human character Dane, Kit dished, “He has a relationship with Sersi [played by Chan]… Generally, he’s a good guy… He doesn’t seem that fazed to learn… the woman he is dating has been around for thousands of years. He takes it all in stride.”

Kit turned down a superhero movie a few years ago, so what made him say yes to “Eternals”? He explained, “It was in the midst of ‘Game of Thrones.’ I just didn’t feel like it was the right thing at the right time. You’re in one franchise piece, you don’t want to mix things up. This is right because that part of my career is all finished… This came along and the character interested me, amazing filmmaker, and incredible cast.”

Another thing that attracted Kit to the project was diversity. He elaborated, “I came on this late and I saw the cast and that was the pull for me. I don’t know if I would have wanted to be involved if it wasn’t as diverse as it is.”

As for what the future holds for their characters, Kit admitted, “I don’t even know if there is a future for me in the MCU.”

Gemma added, “Like Kit said, we don’t know… We’re the last to find out.”

Next, the two will be working together on “Extrapolations,” an anthology series that centers on the effects of climate change.

Kit is no longer shooting “Game of Thrones,” but he’ll be tuning in to the prequel, “House of the Dragon.” While he hasn’t seen the teaser trailer, he noted, “I’m going to wait until it comes out and watch it then.”

“Eternals” is out now.