Who was Halyna Hutchins? As Hollywood joins her family and friends in mourning her loss, we’re taking a closer look at the cinematographer’s life and career.

Halyna died Thursday after an accidental shooting on the set of the western “Rust” in New Mexico. The Santa Fe Sheriff’s Department confirmed that Alec Baldwin, who stars in the film and is also a producer, fired the prop gun that killed Hutchins, 42, and wounded writer-director Joel Souza, 48.

Hutchins described herself as a “restless dreamer, adrenaline junkie and cinematographer,” and now her friend Bandar Albuliwi, who attended the AFI Conservatory with Halyna, is opening up about her life after launching a Change.org petition to ban live firearms on movie and TV sets.

Guest host Emmanuel Acho spoke with Bandar, who said, “I got no sleep last night… trying to come to terms with what the hell just happened, how they can allow this to happen, it's just ludicrous.”

He went on to describe his friend as “ambitious,” saying, “She was striving… She just got her big break and it is the first feature film that she was going to be DP… and she just got her big opportunity, and it was just taken from her like that. And I'm pissed off.”

Acho told Albuliwi, “I can hear the frustration and the anger in your voice,” and the filmmaker replied, “We should have props that are fake and not live. It's as simple as that. There's no reason… I mean, that's why I created the [petition] — you need to ban live firearms on film sets before another life is taken away… From this tragedy, I really I want something positive to come out of it.”

Check out Bandar's petition at Change.org and check for updates at his Twitter handle @HalynasLaw.

How will he remember his friend? “I will remember her as a talented, bright, you know, so, so ambitious, talented, soul.”

According to her website, Hutchins was from the Ukraine and “grew up on a Soviet military base in the Arctic Circle.” After receiving a graduate degree in International Journalism from Kyiv National University in Ukraine and working on documentary productions, she pursued a career in film.

Not only was she a force professionally, she was married to L.A. attorney Matthew Hutchins had a young son with him.

Matthew spoke out Friday, telling DailyMail.com, “I have spoken with Alec Baldwin and he is being very supportive.”

He also opened up to Insider, saying, "I don't think there are words to communicate the situation. I am not going to be able to comment about the facts or the process of what we're going through right now, but I appreciate that everyone has been very sympathetic." 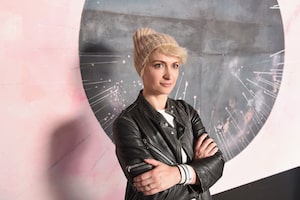 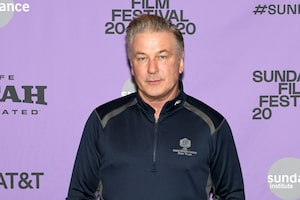