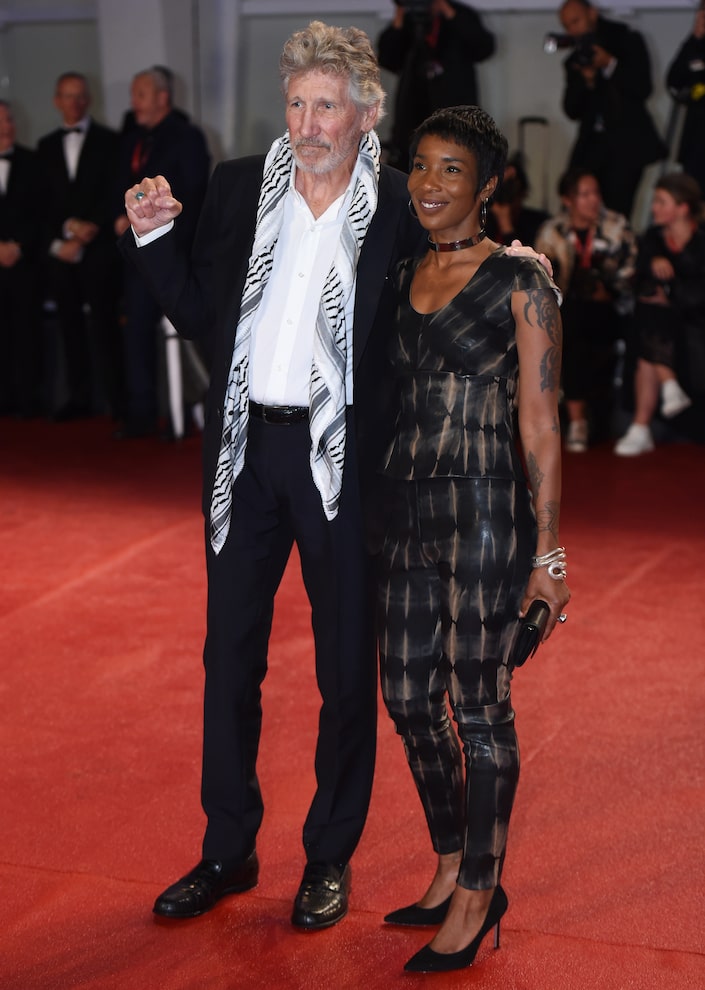 The musician, of Pink Floyd fame, tied the knot with girlfriend Kamilah Chavis and announced the news on Instagram.

Along with posting a series of gorgeous wedding photos, the 78-year-old wrote, “I'm so happy, finally a keeper.”

The couple has been together for a few years, and made their relationship red-carpet official at the Venice Film Festival in 2019 at the “Roger Waters Us + Them” premiere.

Waters opened up about his relationship with Chavis in a 2018 interview with Argentinian outlet Infobae, revealing how they met.

He explained, “We are not married, but we have been together for a couple of years. I met her at one of my concerts a couple of years ago. She worked in transportation. She was driving the car that was taking me.”

Roger continued, “I was in one place for two weeks and there were many transfers between the hotel and the stadium. My custodian sat in the front with her and they talked, while I stayed in the back. Something about her attracted me.”

He went on, “One day I said ‘excuse me, did someone ever tell you that you have beautiful cheekbones?’”