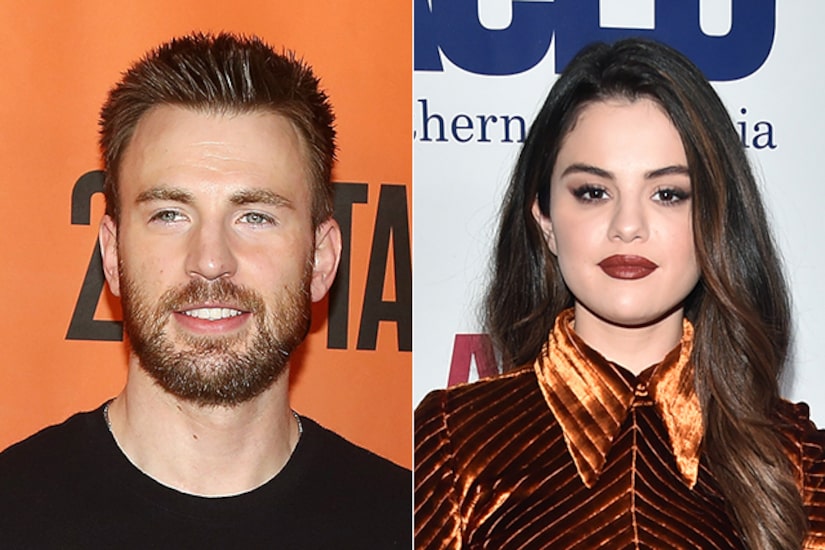 Romance rumors are swirling about Chris Evans and Selena Gomez!

Earlier this month, Chris and Selena were reportedly spotted exiting the same studio in Los Angeles.

According to another tweet, they were also photographed separately at the same restaurant on a different outing.

Many fans have taken to social media to discuss the possible power couple. One tweeted, “LISTEN IF THE RUMORS ABOUT SELENA GOMEZ DATING WITH CHRIS EVANS IS A REAL THING, THEY'LL BE THE MOST ATTRACTIVE COUPLE EVER. I KNOW THAT THEY'LL BE GOOD FOR EACH OTHER. I CAN FEEL IT.”

Another one tweeted, “BRO I AM NOT MAD ABOUT THIS RUMOR SELENA GOMEZ AND CHRIS EVANS ARE SUCH A POWER COUPLE.”

In 2015, Gomez admitted Chris was on her radar. On “Watch What Happens Live with Andy Cohen,” she shared, “I kind of have a crush on Chris Evans. Isn’t he cute? He’s very cute.”

“Oh, man, he’s either going to hate me or love me,” Gomez quipped.

Over a few months ago, Selena noted that she was “not involved with anyone right now” after rumors swirled that she was dating her “Only Murders in the Building” co-star Aaron Dominguez. She told The Los Angeles Times, “We had just started working together. I honestly thought, ‘No wonder guys don’t want to date me!’ I think people only care because I’m young, and the older I get the less they’ll care. For now, it’s a part of the job that I don’t really like.”