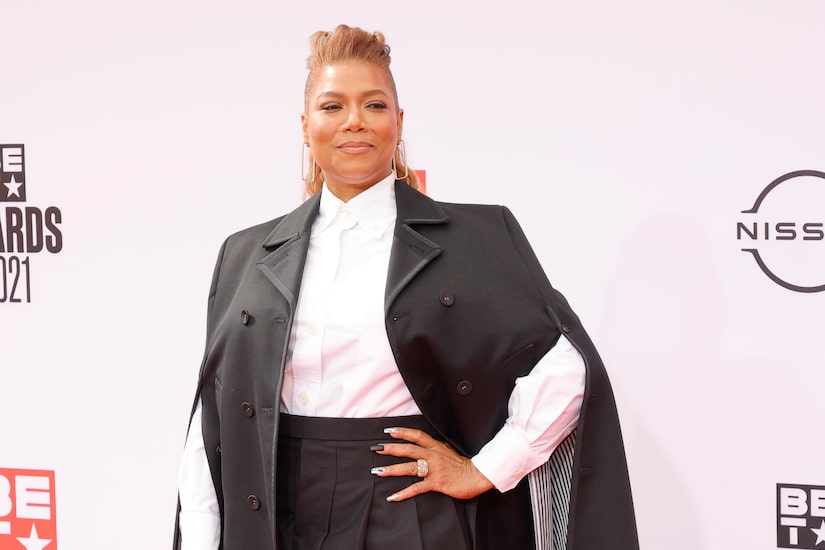 Queen Latifah is a music legend and a TV action star!

“Extra’s” Cheslie Kryst spoke with Queen Latifah about being back as “The Equalizer,” which returns for Season 2 on October 10.

On the CBS show, Latifah plays a former CIA operative-turned-vigilante out to get justice. The last season ended with her character having a back-and-forth with her daughter about what she does for a living, so what will this season bring?

Queen teased, “You are going to see how that plays out… I think you’ll see a lot of those things get answered in the first couple episodes.”

This is not a spoiler, but we love seeing her with Mr. Big, aka Chris Noth. When asked if she’s grilling Chris about the “Sex and the City” reboot, Latifah answered, “He had to do it. I’m happy he did. I think the audiences are going to be very happy to see him again.”

Queen Latifah recently got candid about her body image, opening up about her fluctuating weight after undergoing a painful breast reduction in 2003.

On being judged for her appearance during her 20-plus years in showbiz, Queen said, “I mean, I’ve felt it a couple of times through my career. Let’s get clear. To even have a career of becoming an A-list actor for someone who looks like me is nearly impossible.”

She elaborated, “It’s more uncomfortable to talk about because of the stigma… Once you know what it is, then you can deal with it.”

Nowadays, Latifah is approaching her health more holistically and helping others with her new campaign “It’s Bigger Than Me.” She shared, “This whole ‘It’s Bigger Than’ campaign is here to kinda change the ideas people have concerning obesity and the way it’s talked about.”