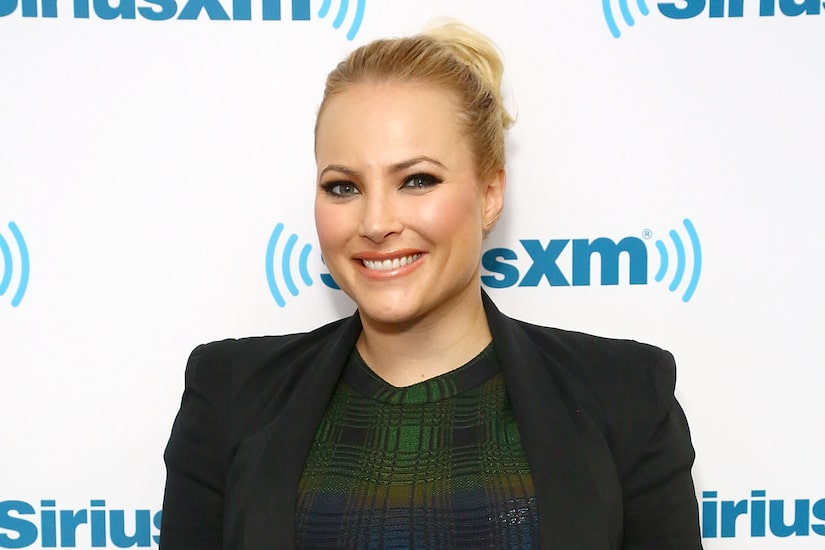 Meghan McCain is opening up to “Extra’s” Rachel Lindsay about her bombshell decision to quit “The View,” and why she walked away from the hit morning show last summer.

She explained, “For me, it became emotionally taxing and I felt like I couldn’t do it anymore.”

It is no surprise, however, that first-time parents Meghan and her husband Ben Domenech are enjoying parenthood with their adorable baby girl, Liberty.

McCain gushed, “She’s really good. She just turned 1 last week, which is crazy. Motherhood is amazing… I love it.”

Meghan confessed she sees a lot of similarities between her mother Cindy and her daughter Liberty. “If you look at pictures of my mom as a baby… exactly alike. I feel like I birthed my mother! It’s so weird.”

She may have left “The View,” but Meghan is not slowing down. She’s writing a new DailMail.com column and she just executive produced her first movie, “Don’t Sweat the Small Stuff.”

The movie stars Heather Locklear, and Rachel asked whose idea was it to cast the actress. “It was not my idea, but I wish it was… Who doesn’t love Heather Locklear? She’s a living icon.”

The movie is based on a true story and premieres October 16 on Lifetime. Heather plays Kristine Carlson, who started the best-selling book series “Don’t Sweat the Small Stuff” with her husband Richard. When Richard tragically dies, Kristine must carry on as a single mother and try to keep the brand alive.

Meghan said, “It’s really her story about grief and her family and trying to actually put ‘Don’t Sweat the Small Stuff’ into action.”