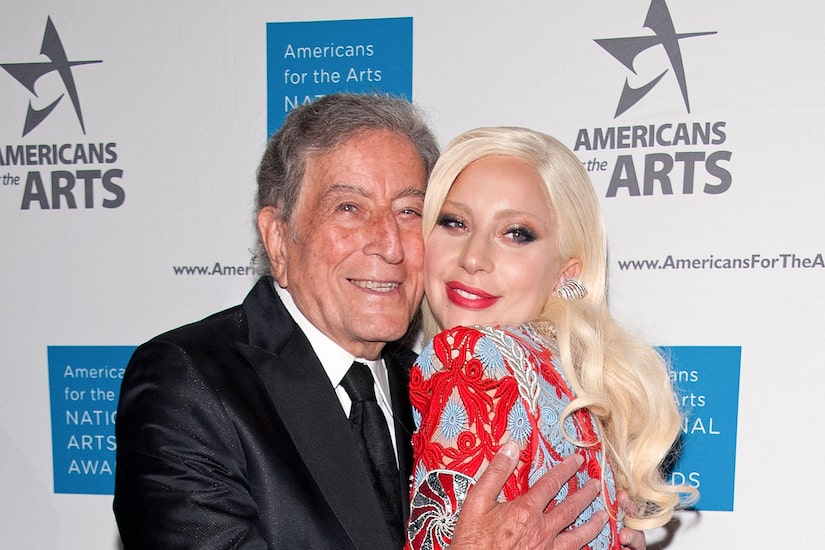 Check out a touching video of Tony sketching Gaga for the album cover. The video was set to their rendition of Cole Porter’s song “I Concentrate on You,” which is only fitting!

Tony told Gaga, “I was thinking of doing a sketch of you for the cover — a nice, clean picture of you.”

After Tony showed Gaga the sketch, she struggled to hold back tears. She said, “It's beautiful, it's so beautiful. It makes me cry!"

On the same day that their album dropped, the pair’s music video for “I’ve Got You Under My Skin” was released.

According to Gaga, “Love for Sale” is the last album that she’ll record with Tony, who is battling Alzheimer’s. Last month, she tweeted, “Tony, this is the last album we will have created together, but the celebration of jazz, and us as musical companions, will live on with me forever. We offer the public “Love For Sale” for free love, to make them smile, because that’s what we’re here for.” 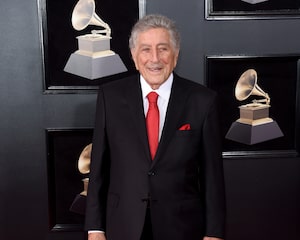 Gaga and Bennett recently partnered with CBS on their concert special “One Last Time: An Evening with Lady Gaga & Tony Bennett,” which airs on November 28.

On Thursday, Gaga took part in a global livestream concert to celebrate the release of “Love for Sale.” She wrote on Instagram, “It was a joy to sing for you today, thank you for watching online or joining in person, and for coming together with me to celebrate “Love For Sale”! @itstonybennett and I are so excited for you to hear our album 🎷🎺! “

Gaga and Tony first collaborated in 2011 on a cover of “The Lady Is a Tramp,” which was featured on his album “Duets II.” Years later, they went on tour together for their album “Cheek to Cheek.”