Jana Kramer is opening up about an awkward run-in with her ex-husband Mike Caussin.

On a recent episode of her “Whine Down” podcast, Jana revealed that she was at the Twelve Thirty Club earlier this month with her rumored flame Jay Cutler when they ran into Mike.

Jana described one “messed up” moment when a photographer tried to take a picture of the trio!

Jana and Mike finalized their divorce two months ago, but she said it was still “hard” to see Mike out on the town.

"I would say that was really hard to see him there... see him flirt with other girls. I mean, granted, I was there as well doing my thang, but it was really hard. You know what was hard? It looked so easy for him."

Kramer went on, "It looked like it didn't bother him one second, and that hurt, you know? He's just untamed and uncaged and he's happy."

When she chatted with Caussin at the event, she said he was unfazed by the run-in.

"I was, like, 'This is awkward,' and he's, like, 'Not at all,'" she said. "And I was, like, 'Ugh, okay.' I'm glad that he was fine, but at the same time… I talked to my therapist about it and just a little piece of me was, like, it would've been nice [for him] to be, like, 'Yeah, this is hard, but I'm glad we can be cordial.' Just acknowledgment that it might hurt a little bit."

Jana and Mike split in April after six years of marriage. They have two children, Jolie, 5, and Jace, 2. 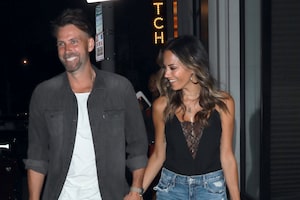 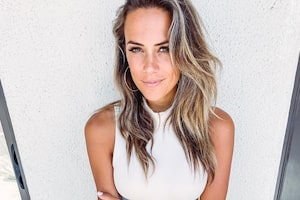 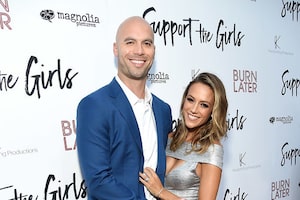