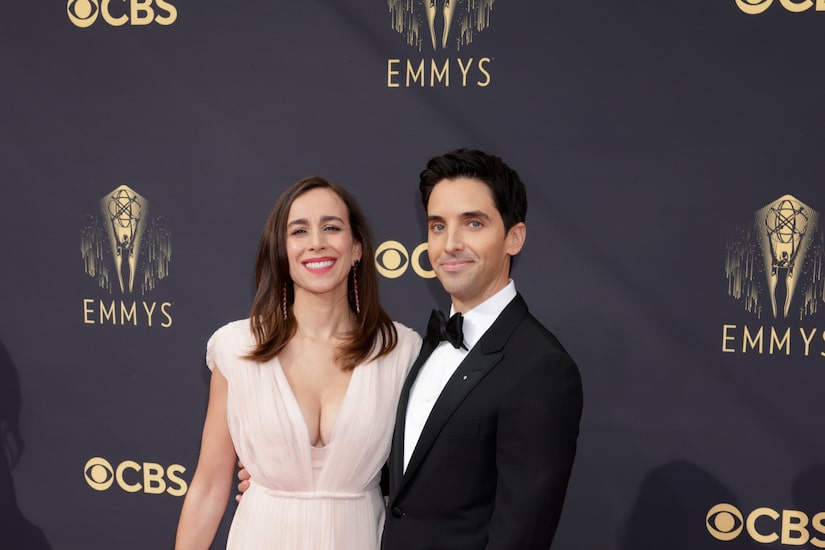 During the Emmys 2021 telecast, “Hacks” creator Lucia Aniello made a surprising announcement while accepting the award for Outstanding Directing for a Comedy Series — she and co-creator Paul Downs are married!

Lucia broke the news that she married Paul earlier this month, telling the star-studded audience, “Thank you to my parents, to my friends, to my co-creator, Jen. I love you. To Paul. I’m in love with you — which is why I married you last weekend.”

The audience reacted with huge applause, with Lucia noting that she “would love to say my vows again.” 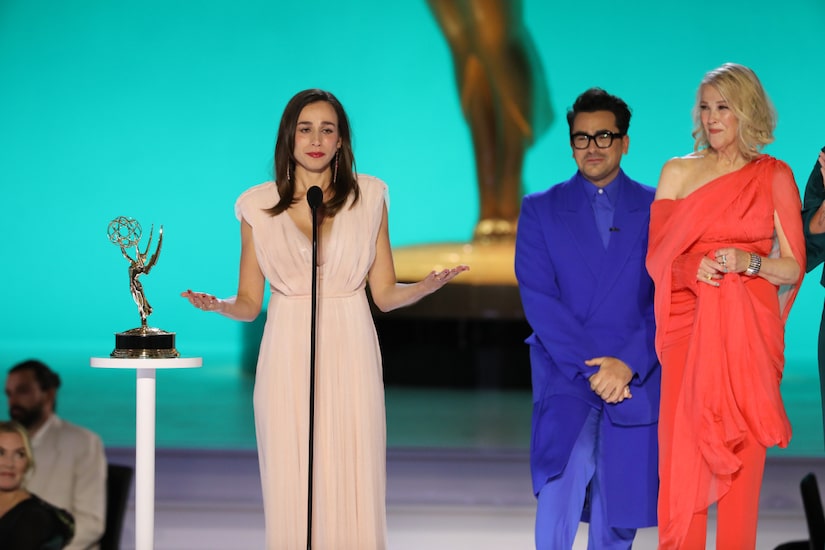 As the prompter cued her to wrap up her speech, Lucia said, “Thank you to everyone at HBO, everybody at Universal, and I love everyone. Okay, that’s it. Thank you so much.”

Soon after, “Hacks” star Jean Smart took home the award for Outstanding Lead Actress in a Comedy Series. During her acceptance speech, she congratulated the pair and apologized for not being able to attend the wedding.

The couple were joined by co-creator Jen Statsky, who was their officiant at the ceremony.

More than 10 years ago, Lucia and Paul met in an improv class at Upright Citizens Brigade Theatre.

In a recent interview, Paul reflected on the first time he met Lucia, telling The Hollywood Reporter, “I remember walking into class, super early and ready to go, thinking, ‘How do I get on a mainstage team? I must be on a marquee show tomorrow. And Lucia came in five minutes late, like, ‘What’s goin’ on?’ — so not nervous, so nonplussed. I was like, ‘Who is this girl?'”

The couple would eventually mix business with pleasure, dating and working on short films together. Lucia pointed out to THR, “We still feel the same excitement now as we did when we were starting out. It’s a little less sweaty — we’re not carrying our own equipment anymore. Our budget may be bigger, but it’s all the same feeling of excitement.”