British pop songstress Maisie Peters has released her debut album, “You Signed Up for This.”

The record comes on the heels of her smash hit “Psycho” and its cinematic and fun video that is making her a star in the U.K. and is about to break big in the States.

The singer has garnered high-profile fans in Taylor Swift to Ed Sheeran. Sheehan and Peters have also become writing partners and close friends, with her new album released on Ed’s Gingerbread Man record label! “I’m the biggest Ed Sheeran fan. He is like a big brother to me!” Peters told “Extra’s” Senior Music Correspondent Adam Weissler.

For more go to https://www.maisiepeters.co.uk/, 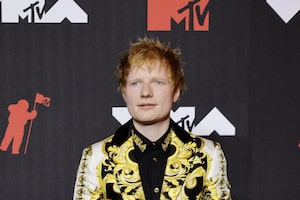 Why Ed Sheeran Is Happy for Britney Spears