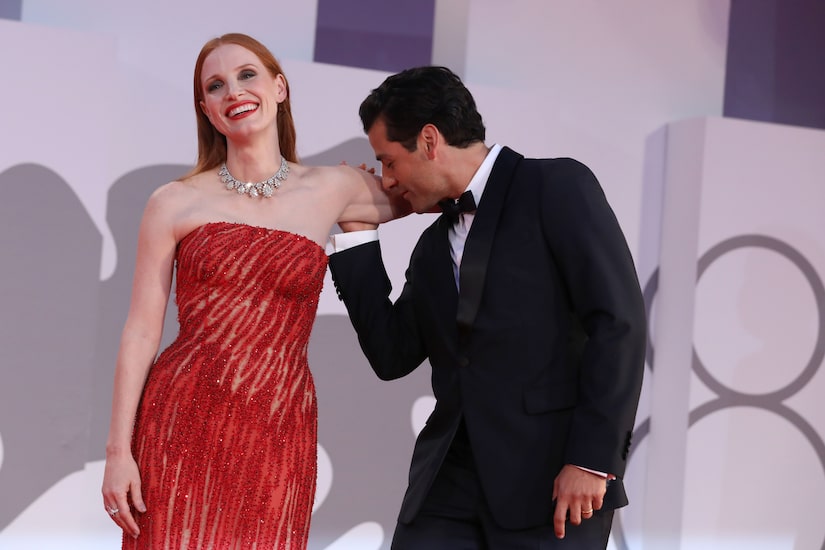 Over the weekend, Jessica Chastain and Oscar Isaac had everyone talking!

The two hit the red carpet at the Venice Film Festival to promote their new HBO miniseries “Scenes from a Marriage.”

At one point, Oscar even kissed Jessica’s inner arm.

The moment went viral with one person tweeting, “Want someone to look at me the way Oscar Isaac looks at Jessica Chastain.”

Mindy Kaling also commented on Jessica and Oscar’s red-carpet moment, writing, “Why is Oscar Isaac the only person allowed to kiss your inner arm.”

In response to the buzz, Jessica posted a pic of “The Addams Family” character Gomez Addams kissing his wife Morticia’s arm. She captioned the pic, “September 12,” which is the premiere date of the miniseries.

Years ago, Jessica and Oscar also worked together on their film “A Most Violent Year.”