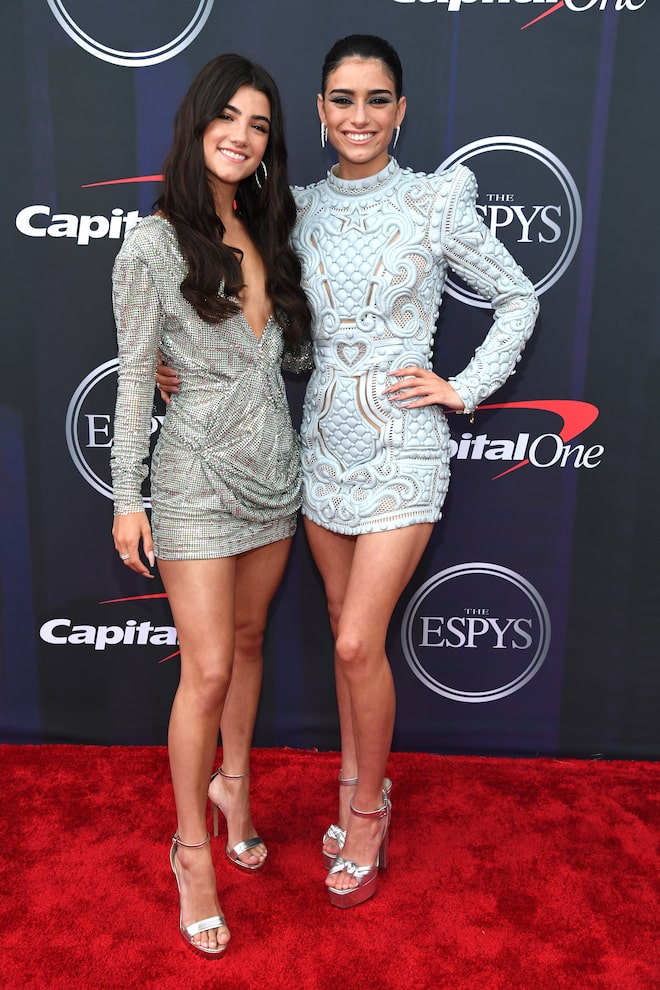 Busting moves to some of today’s biggest hit songs in their TikTok videos has turned Charli and Dixie D’Amelio into massive social media superstars.

“Extra’s” Jenn Lahmers caught up with the sisters about what’s it is like having so many followers, their new Hulu reality show, and more.

So how many followers do they have? Charli revealed, “I think I have 120 million,” and Dixie added, “I have around 50 million.”

Charli reflected on those huge numbers, saying, “It’s really awesome to have that many people following and supporting me… It’s really crazy to think about it when I sit down and wonder what 120 million people really look like.”

Now, those fans can see what life looks like for Charli, Dixie and their parents Marc and Heidi on their new series “The D’Amelio Show.” The show will also deal with Dixie’s anxiety over cyber bullying, and she shared, “Over the past couple of months I’ve learned how to not let it bother me.”

She continued, “When you’re not in the best place everything kind of hurts more,” however, “throughout the show and now even, I look at a comment and it doesn’t hit me in the place that it used to.”

What changed? Dixie said, “I think just working on my own mental health and realizing that those people haven’t met me and they don’t know me besides the videos I post online… so it’s not something I should spend my time worrying about.”

Viewers will also get to see the family’s move west to help the sisters become Hollywood stars after Charli blew up the Internet.

What will surprise fans the most? Marc said, “I think they are going to be surprised that we’re just a super normal average family that happened to get caught up in this… the right place at the right time with this app.”

Charli added, “They are going to be surprised to see what it is like when the phones are off, TikTok is off and it is just us being a family.”

Are there any aspects of their lives they want to keep private? Charli said, “I definitely think there are parts of our lives that we keep to ourselves. I think that that is important. I don’t think we live our lives every day for the validation of what people have to say about us on social media because that gets very tiring and I’ve been there before and it is not fun. I feel like keeping parts of my life to myself and I feel like doing things with my friends without cameras there is so important, too, not only for staying normal but not making yourself crazy.”

“The D’Amelio Show” is streaming on Hulu.