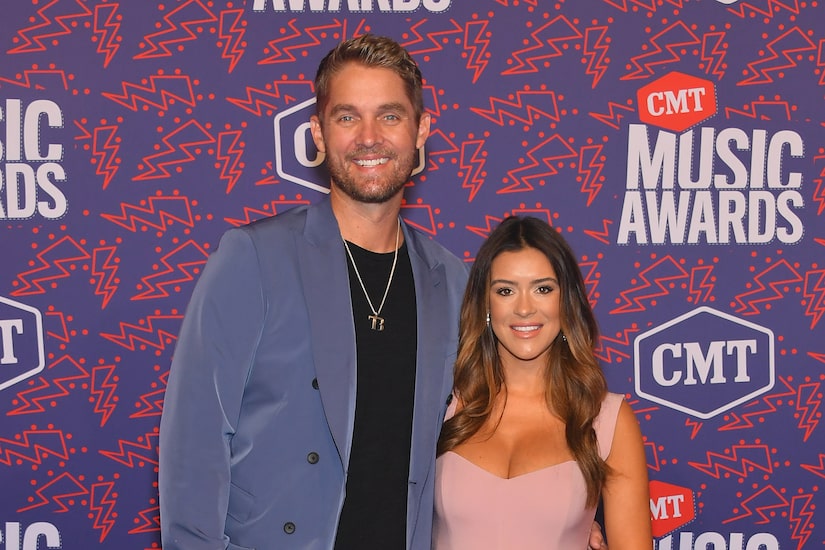 On Sunday, Brett shared a photo of their newborn daughter, who they named Rowan Marie Young. In a sweet note to his baby girl, he wrote on Instagram, “7-21-21. I thought my heart was maxed out. I usually don’t like to be wrong…… I was wrong. And I can’t wait to thank you properly for the opportunity to be your daddy. I already love you so much and I can’t wait to watch you and your sister become best friends. FYI…..”

Brett and Taylor are also the parents of daughter Presley, 20 months.

Referencing Taylor and Presley, Brett added, “The women in your life are super heroes and you’re the luckiest lady alive. Presley has been begging for you. Be prepared for me to mess everything up and your mom and sister to always be there to fix it. I love you. Welcome to the ‘Youngs.’”

In June, “Extra” Special Correspondent Alecia Davis spoke with Brett on the CMT Awards red carpet, where he opened up about how the pregnancy is going and offered up some key advice for new dads.

The couple broke the news that they were expecting in January. At the time, Brett told People magazine, “We really wanted them to be close enough in age so they could have a lot of things in common and be best friends. Tay had her sister close in age growing up, so we both felt strongly we wanted Presley to have the same." 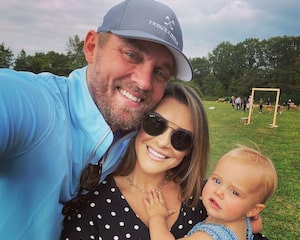 They announced the pregnancy just months after Presley celebrated her first birthday. The couple shared, “When you're in it every day, you forget sometimes how fast it goes. We have been floored, emotional and immeasurably blessed! 2020 was rough, but the time we've had with Presley has been incredible."

In 2018, Brett and Taylor tied the knot in front of their close friends and family in Palm Desert, California. 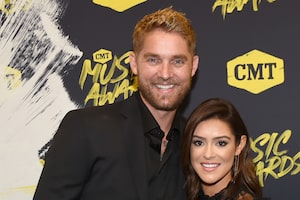