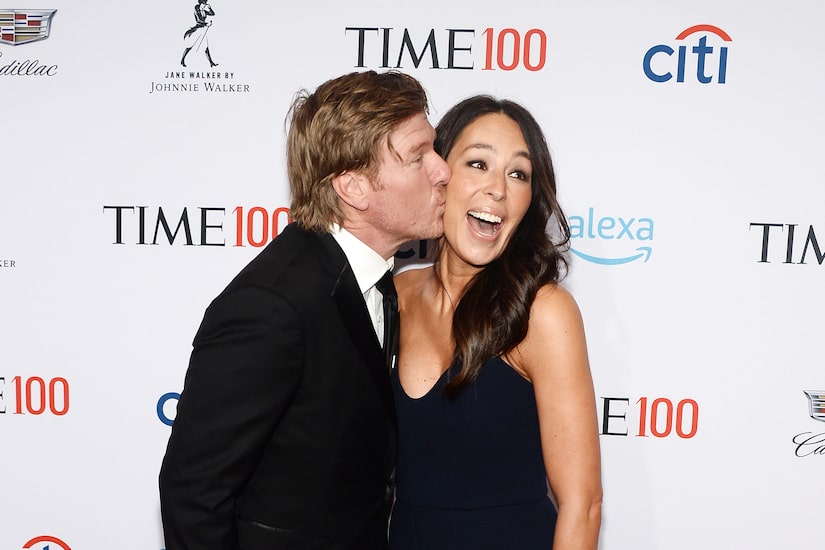 Joanna and Chip Gaines are back! They walked away from the wildly successful show that made them millions of dollars and household names across the world, and now they are making a comeback with their Magnolia Network.

“Extra’s” Jenn Lahmers spoke with Joanna and Chip, who is rocking much longer hair these days!

When Chip asked Jenn what she thought of his long hair, Joanna quipped, “I knew that was coming.” After Jenn showed her approval of Chip’s look, Joanna confirmed that it’s long enough to braid now!

Last month, Jo shared a video of one of their daughters braiding his hair!

Joanna and Chip recently celebrated their 18th wedding anniversary in Mexico. Joanna posted a video from their trip, including a video of herself in a bikini while enjoying some pool time! Along with calling her a “fox,” Chip admitted, “I zoomed in on that and my eyeballs almost popped out of my head… If you look at my phone, it's her in that bathing suit in Mexico… It definitely helped spice up our love life.”

Their Magnolia Network launches on Discovery Plus on July 15 with “Fixer Upper Welcome Home,” plus new shows like “Restoration Road” and “Homegrown.” Joanna shared, “We never thought we would come back to television, that that was a chapter we closed… The one thing that kept coming back to both of us was this idea of what we loved most… which is getting to highlight other people's stories and being so inspired when you get to learn and hear about someone else's journey.”

The pair were able to get advice from Oprah Winfrey, who has had success with launching her own network. Chip said, “She was kind enough to call us… She shared some incredibly encouraging words to Jo and I both, just about the network and her experience through hers and so to think of her as a mentor and the legend that she is.. to be even mentioned in the same breath… it's quite the honor.”

And what about their other famous friend, Jennifer Lopez? When asked if they had any projects happening with J.Lo after Joanna helped decorate her Malibu beach house, Joanna answered,  “That was just a little side thing… that we were working on for her personally, but no, we don't have anything in the works there.”

In 2019, Lopez’s ex-fiancé Alex Rodriguez surprised her with the “best anniversary gift ever” by taking her to Waco, Texas, where they hung out with the Gaineses.

Chip dished, “When Alex Rodriguez and Jennifer Lopez rolled into town, I was such a huge fan, like, a literal man crush on Alex Rodriguez and Jo geeked out, of course, about Jennifer Lopez, so just to see those two in Waco, Texas, was one of those bucket-list opportunities, so we were thrilled to be a part of their lives for a moment… Two great people that we're obviously hoping the best for in both of their cases.”

Chip and Joanna are happy to be where they are! Joanna gushed, “It's truly a dream come true… we just couldn't be prouder.” 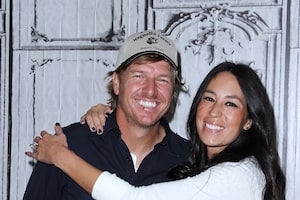 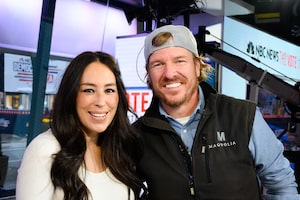 Surprise! Chip & Joanna Gaines Are Coming Back to TV