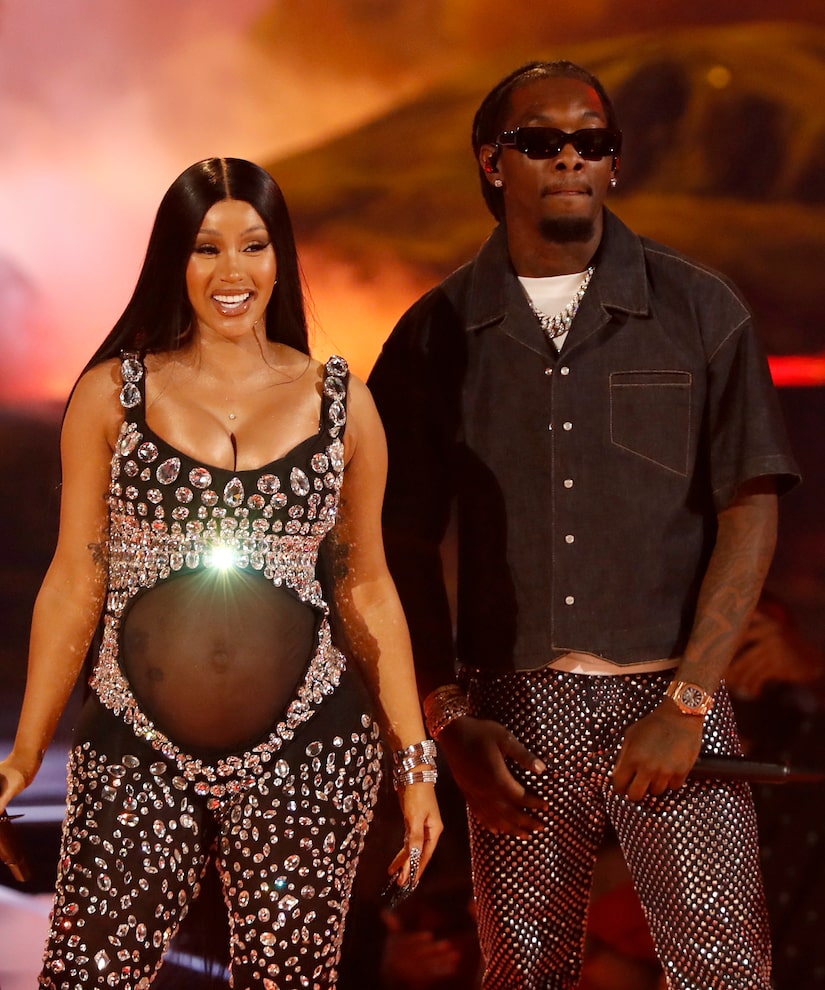 Cardi B is expecting baby no. 2 with husband Offset — and she chose the BET Awards stage to make the announcement!

Hours earlier, "Extra's" Rachel Lindsay caught up with Migos on the red carpet, where Offset teased the surprise. Watch!

Following the big announcement, Cardi B and Offset were seen holding hands at Innovative Dining Group's BOA Steakhouse in West Hollywood. The pair were joined by Quavo at the post awards feast, where they enjoyed spaghetti and meatballs, petit filet, BLT wedge, cajun style prawns and crab legs.

She previously used "SNL" to announce she was pregnant with the couple's first child, Kulture, who is now 3.

In the past, Cardi and Offset were on a path to divorce, but Cardi called it off and they patched things up.

The 2021 BET Awards aired Sunday on BET, and were hosted by Taraji P. Henson. 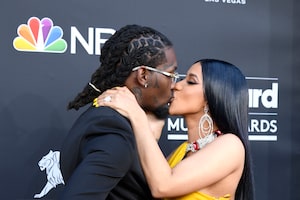 Cardi B Calls Off Divorce 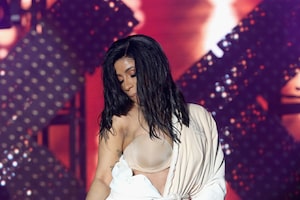