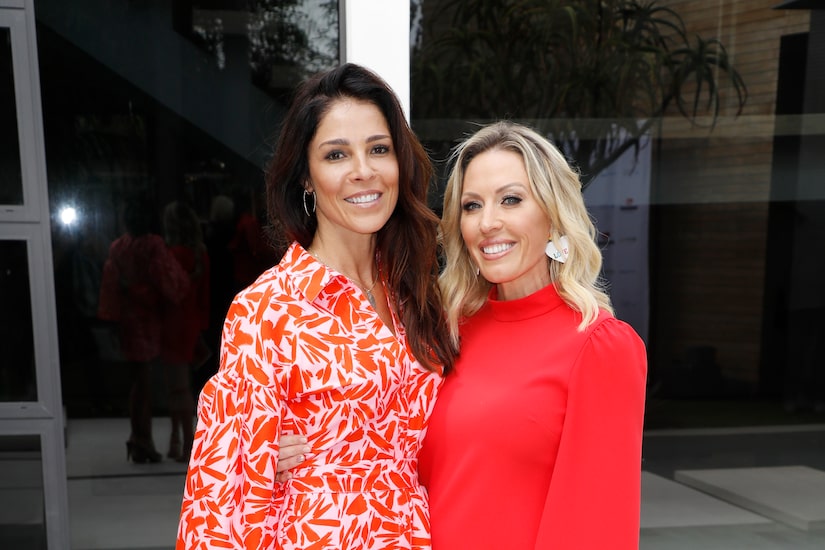 Braunwyn Windham-Burke is happy and healthy, despite not returning to “The Real Housewives of Orange County.”

“Extra’s” Jenn Lahmers spoke with Braunwyn about her new relationship status and getting cut from the hit reality show.

When Jenn complimented her on her glowing appearance, Windham-Burke commented, “I’m sober. I’m dating an amazing woman. My kids are healthy.”

Braunwyn is dating Fernanda Rocha, who previously appeared on “RHOC.”  Of how they connected, Windham-Burke explained, “I was just like… ‘Hey, I would love to get coffee and see what your experience was like’ because… I was excited to know there was another lesbian woman in the ‘Housewives’ franchise.”

Braunwyn was previously seeing a woman named Kris when she came out publicly.

When asked whether she’s still married to Sean Burke and if they are in an open relationship, Braunwyn answered, “Yeah, we’re still married. We have seven children. We’ve been together 26 years and we are best friends and family. We’re not in any hurry… to blow that up… What we have is actually working better than it has in a long time.”

Though they are no longer together romantically, Sean is supporting her. She shared, “He knew I was always attracted to women, so that wasn’t a surprise to him.”

Braunwyn confirmed she’s going to the Laguna Beach Pride with Fernanda on Sunday. She said, “Yes, we are… To be so out and proud — a proud lesbian woman and a parent — it just doubly affects me that way.”

Windham-Burke noted that her “Housewives” exit was a network decision, revealing, “This was a Bravo thing. I would’ve come back in a heartbeat. I was devastated. I really was.”

She continued,  “They decided to go in a different direction… For days, I was low… and my dad said something that was just so smart… ‘Your dream job doesn’t break you down. It builds you up.’”

Nowadays, Braunwyn is in a better place, building a relationship with Guard a Heart. She elaborated, “I work out. I eat right. But I have high blood pressure. You would never know that. So, Guard a Heart [has] this amazing new test that you can do where you take your blood and it shows you all these pre-factors you have for heart disease, for diabetes… It’s so good for someone like me to know... okay, this is something you need to be aware of right now.”