Tonight is part one of the “Keeping Up with the Kardashians” reunion, and a new clip reveals the family will be talking sexy pics and selfies.

In the clip, host Andy Cohen asks Kim Kardashian if she will pull back on suggestive photos as she pursues a career as a lawyer.

It’s no surprise the reality star has no plans to change her ways.

She told Andy, “I thought about this and then I thought, ‘You can do it all. You can do whatever you want.’”

Kim recalled, “I remember going to the White House one time and I was like, ‘I just posted a bikini pic. I hope they aren’t looking at my Instagram while I’m in here.’ And then I thought, ‘You gotta be you.’”

Kardashian did admit she might pull back for the sake of her kids.

“I will say there is something so freeing about feeling, ‘F—k, I’m 40 and in the best shape of my life and I want to post a bikini pic studying if I want to.’ There is something empowering about that, but I also don’t want to embarrass my kids… if they are in high school and I’m the embarrassing mom posing in selfies and bikinis.”

The family also revealed they discuss their photos in group chats. Kim said they will ask each other, “Is this pic too much?” 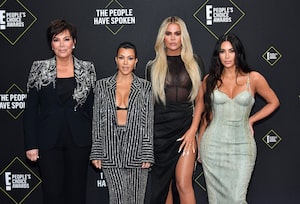 She confessed, “There was a photo I wanted to post from my last trip…” and Khloé interjected, “She sent it two days in a row thinking we wouldn’t remember it was the same photo from the day before!”

Andy wanted to know if Kim took her family’s advice. She said, “I listened to them, but it’s National Peach Day soon and I was debating…”

Khloé reiterated, “Do not post the photo,” while Andy joked, “Is it National Peach Day or National Thirst Trap Day?” 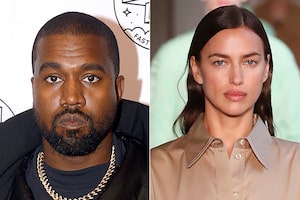