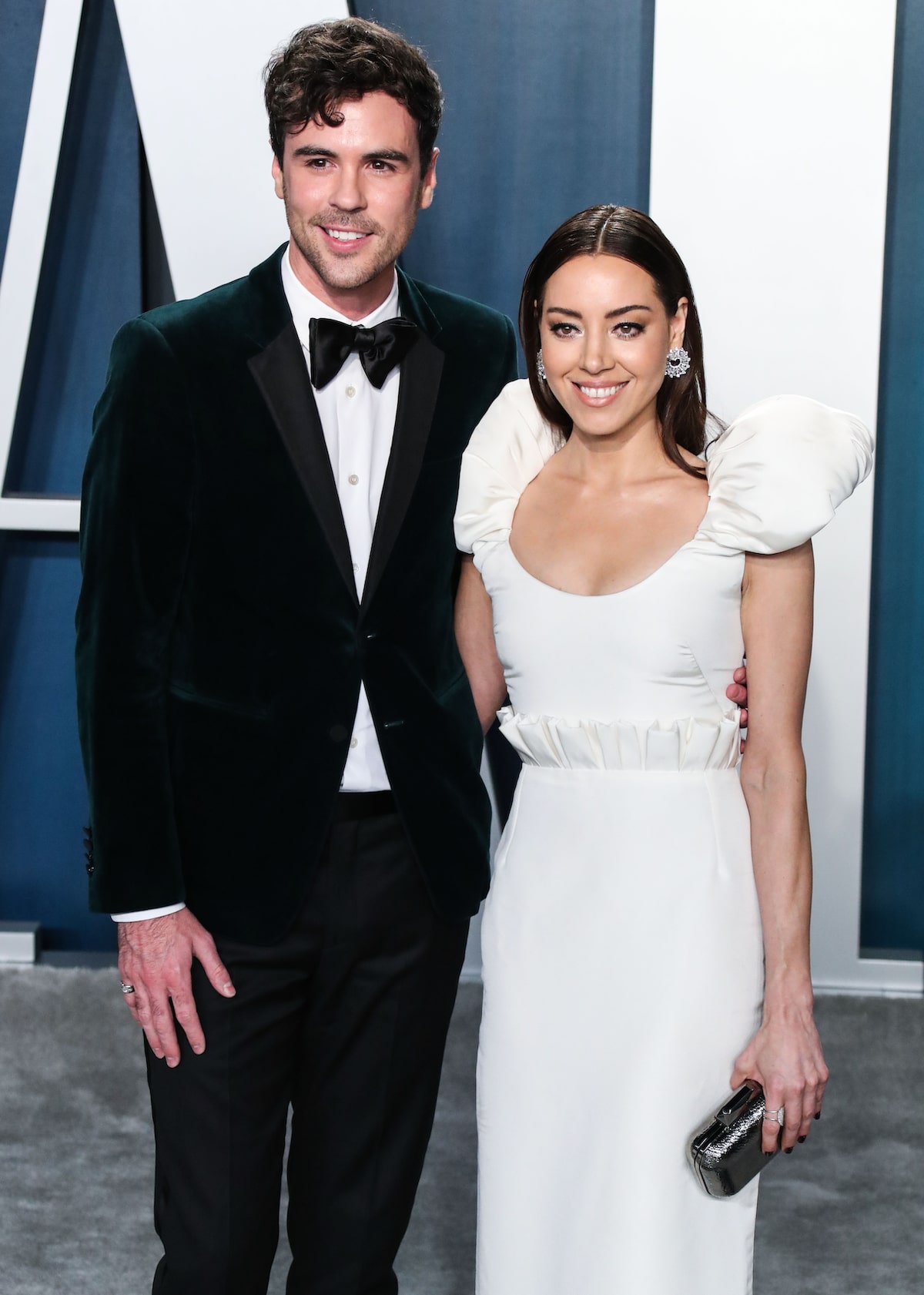 On Friday, Plaza subtly announced the news while raving about her “husband” Jeff. Referring to their new movie “Spin Me Round,” she wrote on Instagram, “So proud of my darling husband @jeffbaena for dreaming up another film that takes us to italia to cause some more trouble.”

During quarantine, the two worked together on the Showtime series “Cinema Toast.” She recently told People magazine, “We were quarantined for months and months like everybody else. And we did enjoy it. I think it was, obviously other than all of the catastrophic things happening in the world, just on a personal level, relationship level, was kind of nice to just be forced to be in one place for that long. Could have gone either way, I guess."

Two years ago, Aubrey opened up on their relationship, telling the outlet, “I think that when you're with someone that is in your field, they understand what you're dealing with on a deeper level. So obviously you are able to support each other and really understand kind of the journey that we're both on,"

She added, “So I think that can be really great. But, you know, working with your partner can always be challenging. There's a lot of things we do separately and I think that it's all about balance."

“I think that one of the great things about our careers is that we are forced to be independent, take little breaks, go off and do our things and come back. So it's kind of fun. Nothing is ever the same. You don't want to spend too much time a part. But I think that there's a way that it can work and there's a balance in that,” Aubrey emphasized.

The pair have been linked since 2011. Plaza also starred in Baena’s movies  “Life After Beth” and “The Little Hours.”