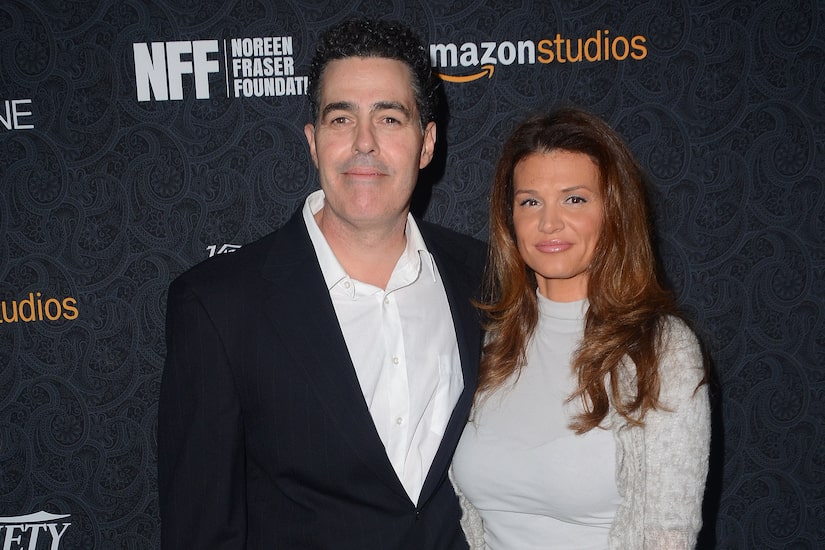 Comedian Adam Carolla and his wife Lynette are calling it quits after 19 years of marriage.

On Friday, Carolla announced the split on his podcast “The Adam Carolla Show.” He said, “We're going to start the show with some sad personal news: Lynette and I are getting divorced.”

In 2002, the two tied the knot after six years of dating. They have two children, twins Natalia and Santino "Sonny" Carolla, 14.

Carolla revealed that they’ve “been separated for a few months.”

Along with admitting “it’s hard,” he stressed, “The kids come first, and they have.”

The pair have worked out a “nesting” schedule for their kids. He said, “We're doing nesting now, so you stay at the house, the kids don't leave the house.”

As for how their children are handling the split, he tried to make light of the situation, joking, “They're doing well, some say too well. I wanted a little devastation, I did not get much devastation."

What led to the split? He revealed, “We've been together for 25 years, we're very different human beings, we have different sets of philosophies, that's for sure. It's not an event, it's not somebody was cheating, it's not chronic gambling or COVID, it's really just two people that were just that different and just had completely different processes and approaches to life and just couldn't meet in the middle somewhere."

“It's hard, it's a weird thing. Everyone gets divorced — or a lot of people get divorced… but it just never was in my cards,” Carolla emphasized. “I guess I didn't have it as an option. My thing was like, ‘Whatever isn't working, we'll make it work.’ But ultimately, if you can't make it work, then it's probably for the good, so I'm in a pretty good place."

Carolla said he was “embarrassed” at first about the separation, saying, “My number one feeling is sort of shame, embarrassment. I think divorce feels like a failure."

He has since changed his outlook on divorce, saying, “My life's better, I'm fine with it. It's not really a logical thought, it's like, I don't want this thing to happen, but I'm better off if it does happen, so for me I'm sort of philosophical."